We’re just over a week away from the World Cup Final. After today’s matches, here’s who’s left in contention. Germany has remained one of the odds on favorites to win the whole shebang. They play efficiently, completely. A European team has never won a World Cup played in the Americas. Brazil is looking to absolve themselves of their past failings. The last time the country hosted the World Cup was 1950 when the team made it all the way to the final, only be upset by Uruguay in a match that somehow still haunts the country.

Argentina has reached its first World Cup semifinal match in 24 years. They’re facing some dismaying news going into Wednesday’s match: Their star midfielder Ángel di María will reportedly miss the next game and possibly the rest of the tournament after tearing his right thigh muscle. The Netherlands outlasted the Costa Rican side in penalty kicks this afternoon to advance. They attack, they’re mutable with their position players, and they also made it to the final in the last World Cup. 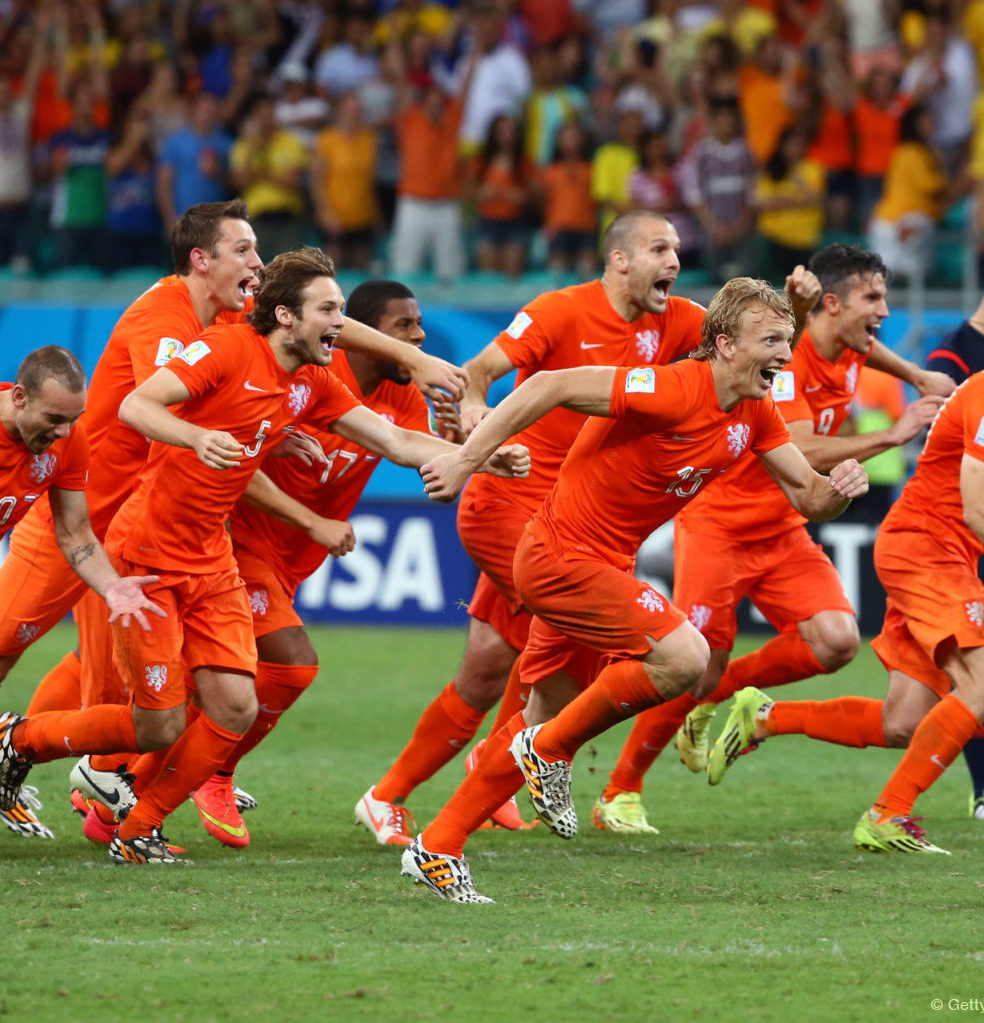