Thousands of demonstrators marched in major cities across the United States in a fresh wave of protest against the killing of unarmed black men by white police officers. Protesters hit the streets in recent days after grand juries declined to press charges against white officers responsible for the August 9 shooting death of unarmed 18-year-old Michael Brown in Ferguson, Missouri, and the July 17 chokehold death of black father-of-six Eric Garner in New York. Several hundred protesters again staged rallies in New York on a rainy Friday night, one in Columbus Circle that moved to Fifth Avenue, and the second walking up Broadway from the south. Similar protests were reported elsewhere across the United States including in Miami, Chicago, Boston, New Orleans and Washington, DC.

We cannot tolerate police impunity. The government has to do something.

The latest rallies in a fortnight of growing discontent took place as a New York prosecutor said he would impanel a grand jury to consider charges in one of the cases that has again brought to the fore the distrust felt by many African Americans towards the police. Akai Gurley, 28, a father of a young daughter, was shot dead when a police officer opened fire in a dimly lit staircase at a Brooklyn apartment building as he walked with his girlfriend late on November 20. Brooklyn District Attorney Ken Thompson said he would present all the evidence for a grand jury to decide whether charges should be brought.

He was going to bring home my granddaughter to visit me for the first time. 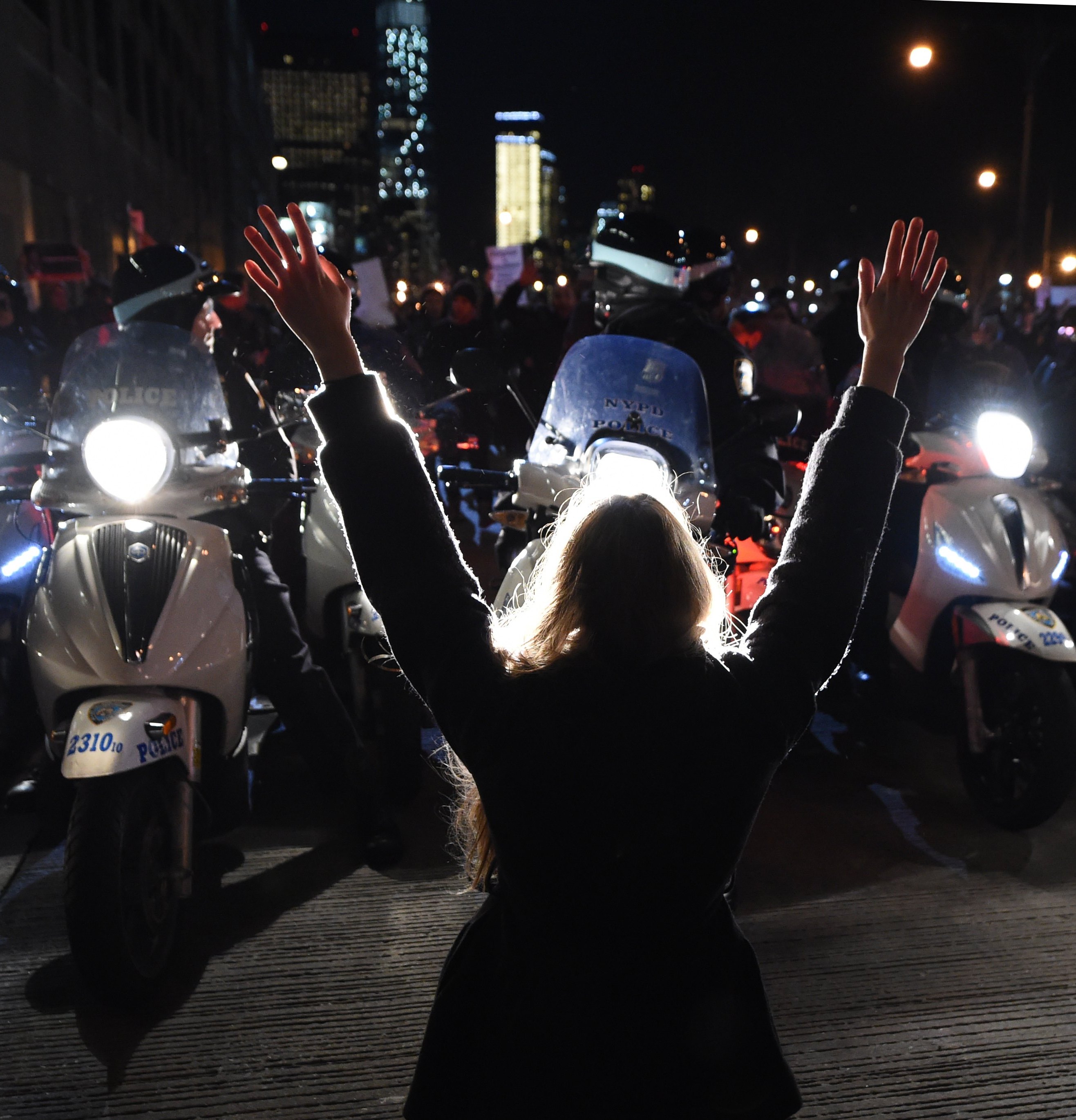