Around 4,000 police officers have been deployed to the streets of Hong Kong in anticipation of a huge turnout for the annual July 1 pro-democracy rally today. It’s the largest police presence the city has seen since the World Trade Organisation’s ministerial conference in December 2005, when anti-globalisation activists from around the world flocked to the city. The annual July 1 rally, which marks the day the territory returned to China in 1997, aims to pressure Beijing’s Communist Party leaders for full electoral freedom. The 2014 rally is expected to draw the largest turnout since 2003, when half-a-million people demonstrated against proposed anti-subversion laws that were later scrapped. Several groups have indicated they will stage overnight vigils after the march in a possible prelude to a planned campaign to shut down the city’s financial district.

There was no major violence in our past demonstrations, we believe that Hong Kong people are peaceful … though minor confrontation would be inevitable.

Some 792,000 people, more than 10 per cent of the city’s seven million population, voted in the referendum urging Beijing to allow opposition democrats to run in a 2017 citywide election for a new leader. The vote was organised by Occupy Central, behind the financial district shutdown plan, and comes at a time when many Hong Kong residents fear civil liberties are being stripped away. While the vote has no legal standing, it represented a chance for residents to express their views on the mechanism for picking candidates for the city’s leader. The results, released Monday, showed that a plurality of voters backed an electoral-reform proposal that would allow candidates for Hong Kong’s chief executive to be nominated by the public, political parties, or the nominating committee. It’s a move likely to stoke anti-China sentiment in the former British colony. 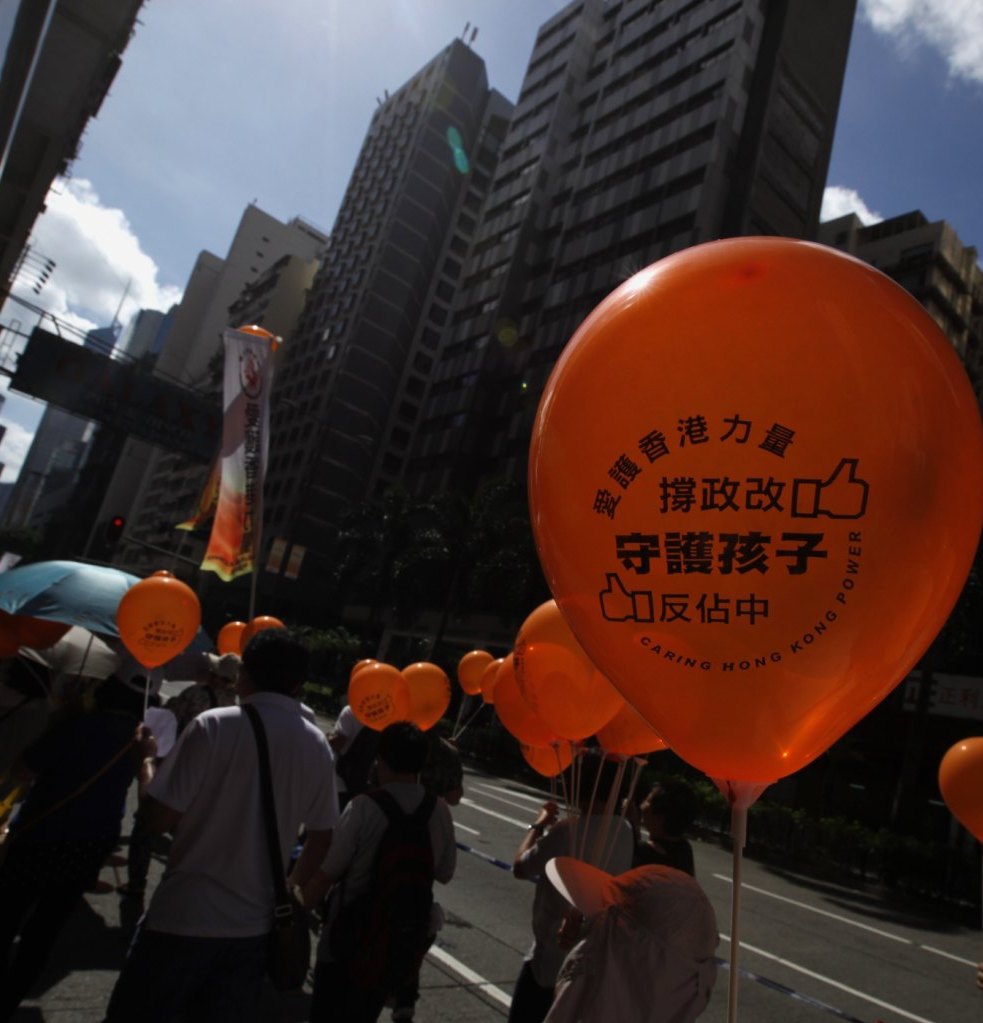