Thousands flock to watch spectacle of ‘tide of the century’

Higher-than-usual tides are expected across the southern coast of England and the north of France due to a rare alignment of the sun and moon that happens only every 18 years. The most spectacular scenes are expected at the picturesque French island of Mont Saint-Michel. Perched on a rocky island topped with a Gothic Benedictine abbey, the Unesco World Heritage Site is exposed to some of Europe’s strongest tides. But the high tide due on Saturday evening is expected to be exceptional because of Friday’s solar eclipse, with predictions that the water could reach as high as 14 metres.

We always monitor the flood risk situation closely, working alongside partners, including the Met Office and local authorities, and issue alerts and warnings if required.

Officials at France’s Navy Oceanic and Hydrological Service urged caution, warning that the high tide around 8pm GMT, “will come in faster than a running man” and would pose a danger to people venturing out too far. In nearby Saint-Malo, crowds gathered by the beach to see waves lap at the town’s stone walls. Similar high waters are expected in parts of the UK’s southern coast, where the Environment Agency moved to reassure people that the risk of flood remained “very low for the next few days”. The extreme spring tides were welcomed by surfers, however, as more than 100 headed to surf the River Severn’s tidal bore. 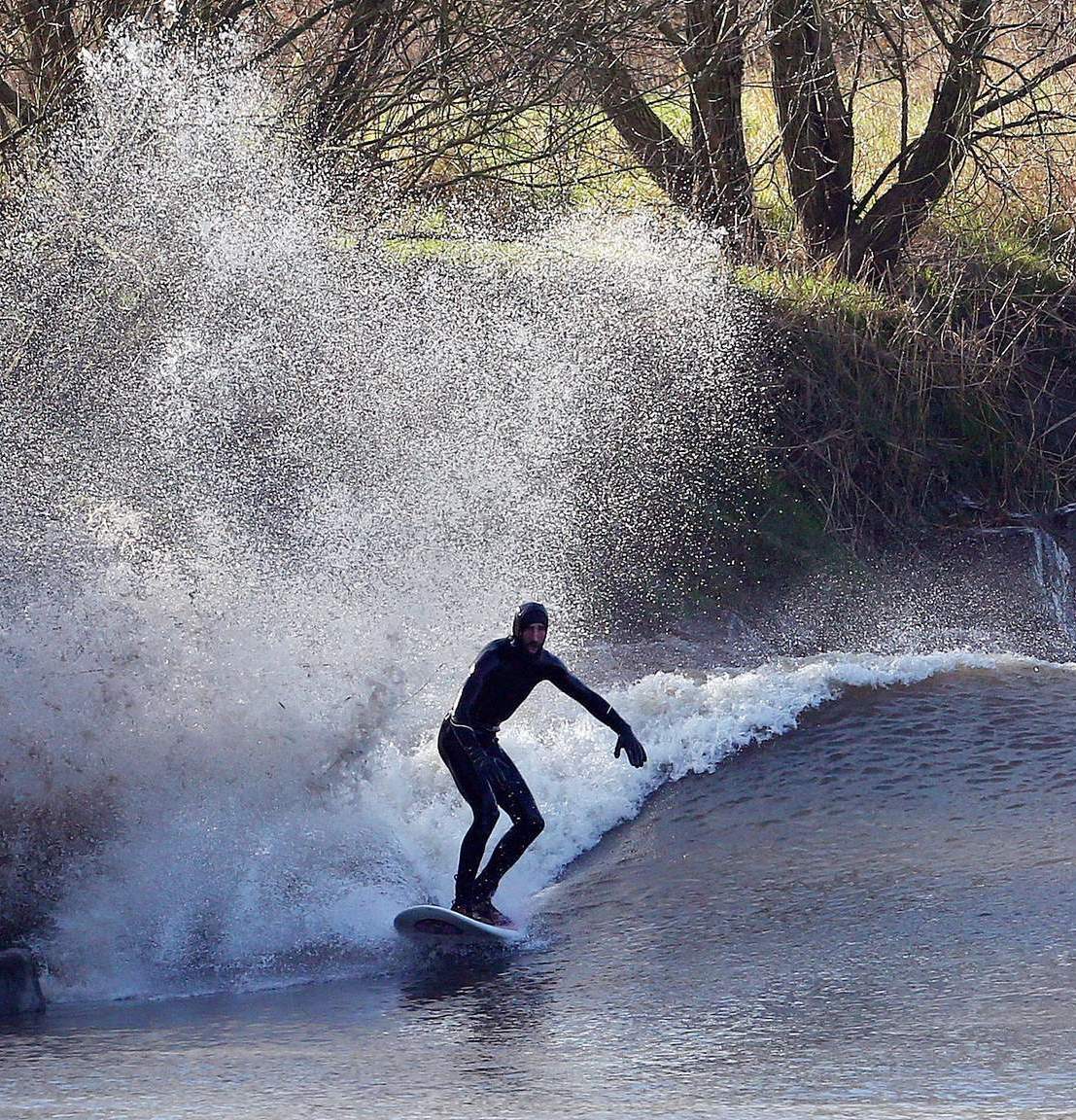