An increase in the number of Russian gays seeking asylum in the United States is due in part to the worsening anti-gay climate in Russia, according to Immigration Equality. The organization says the number of inquiries it received from gay Russians seeking U.S. asylum has risen from 68 in 2012 to 161 through Oct. 30 of this year. During that period, gay-rights gatherings in Russia were frequently targeted by assailants, and the parliament passed a law targeting “gay propaganda” that was widely viewed as a means of deterring gay activism.

Which is more important, happiness or success? I would say happiness. I feel no fear here.

In several U.S. cities, programs have been launched to assist gay asylum seekers from Russia and elsewhere as they await processing of their applications, which can take six months or more. For the first five months, the asylum seekers are barred from taking paying jobs, so they often struggle to support themselves, even with resumes illustrating professional success in Russia. The United States is among several countries favored as havens by LGBT Russians who emigrate from there. Canada, Finland and Israel are among the others.

We were finally able to say that we are a real family — there are not enough words to describe how wonderful these feelings are.

Andrew Nasonov, an applicant who married his partner in Washington 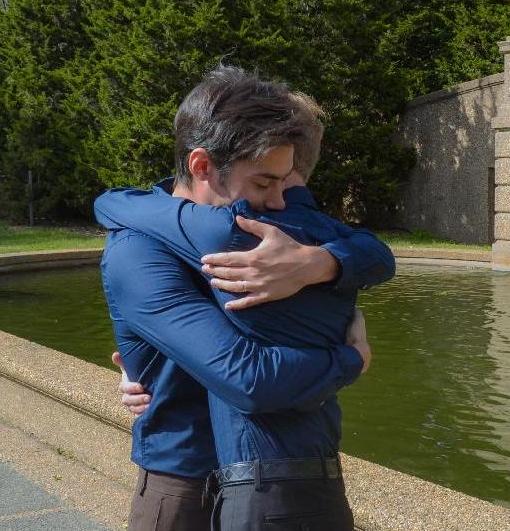