Malaysia’s highest court has dismissed a bid by Christians for the right to use the word “Allah,” ending a long legal battle that has caused religious tensions in the Muslim-majority country. The Catholic Church had been seeking to reverse a government ban on it referring to God by the Arabic word Allah in the local Malay-language edition of its Herald newspaper. But a seven-judge panel in the administrative capital of Putrajaya ruled that a lower court decision siding with the government stood. S Selvarajah, one of the church’s lawyers, said the decision meant the end of the court case.

It’s a blanket ban. Non-Muslims cannot use the word.

S Selvarajah, one of the church’s lawyers

Outside the court, Muslim activists shouted “Allahu Akbar” or “God is great,” and held banners that read “Uniting to defend the name of Allah” ahead of the verdict. The dispute erupted in 2007, when the government threatened to revoke the Herald’s publishing permit for using Allah in its Malay-language edition. The church launched a court case to challenge the directive, arguing Allah had been used for centuries in Malay language Bibles and other literature to refer to God outside of Islam. But authorities say using Allah in non-Muslim literature could confuse Muslims and entice them to convert, a crime in Malaysia. 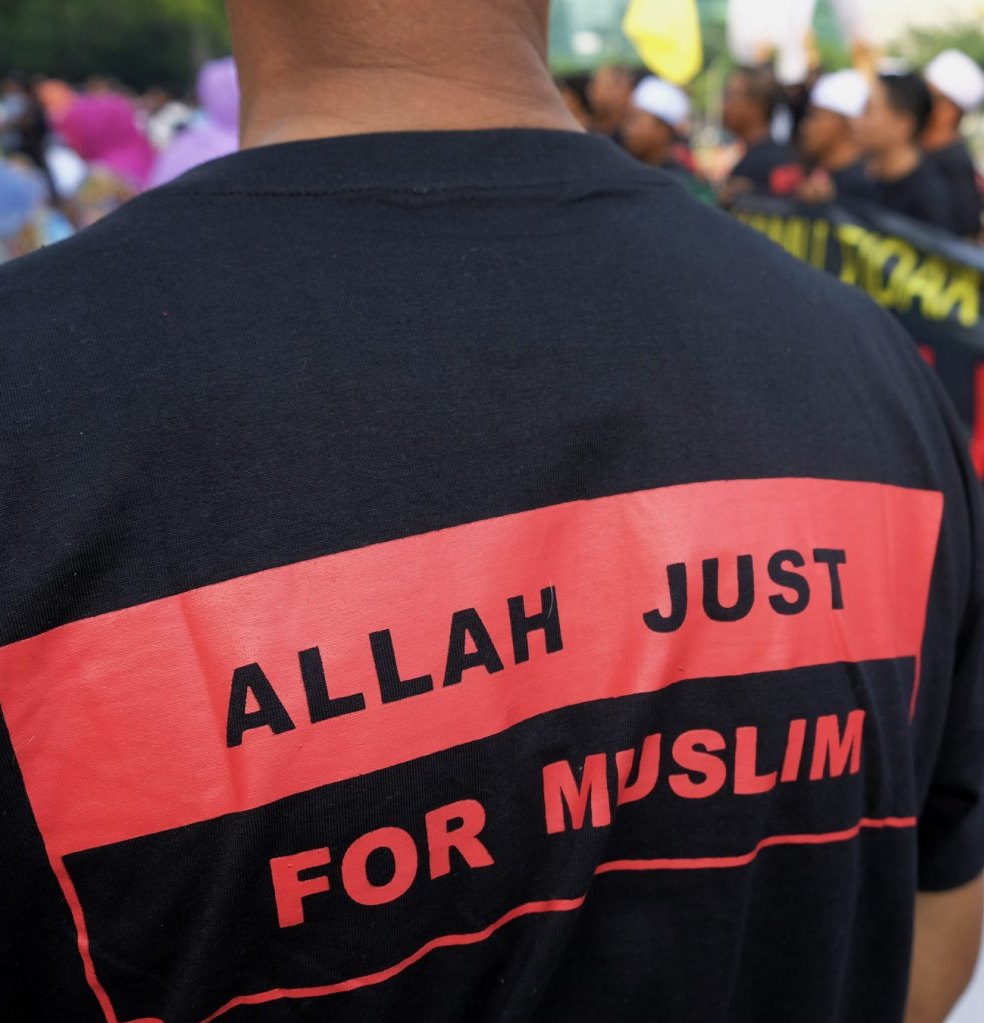