Despite mounting pressure to step aside, Iraq’s Nouri al-Maliki vowed Friday not to abandon his bid for another term as prime minister and pledged to stay on until the Sunni militants who have overrun much of the country are defeated. The sharp words are certain to prolong the political impasse gripping Iraq, which is facing urgent demands for a new government that can hold the nation together in the face of an onslaught that threatens to cleave it in three along ethnic and sectarian lines.

I will never give up the nomination for the post of prime minister. I have vowed to God that I will continue to fight by the side of our armed forces and volunteers until we defeat the enemies of Iraq and its people.

The offensive by militants who have swept across much of northern and western Iraq since last month has been fueled in part by grievances among the country’s Sunni Muslim minority with al-Maliki and his Shiite-led government. Al-Maliki, a Shiite who has been prime minister since 2006, has been accused by former allies and others of monopolizing power and contributing to the crisis by failing to promote reconciliation with Sunnis. The U.S. has urged the formation of a more inclusive government but has not explicitly called for al-Maliki to bow out.

[To pull out] while facing terrorist organizations that are against Islam and humanity would show weakness instead of carrying out my legitimate, national and moral responsibility. 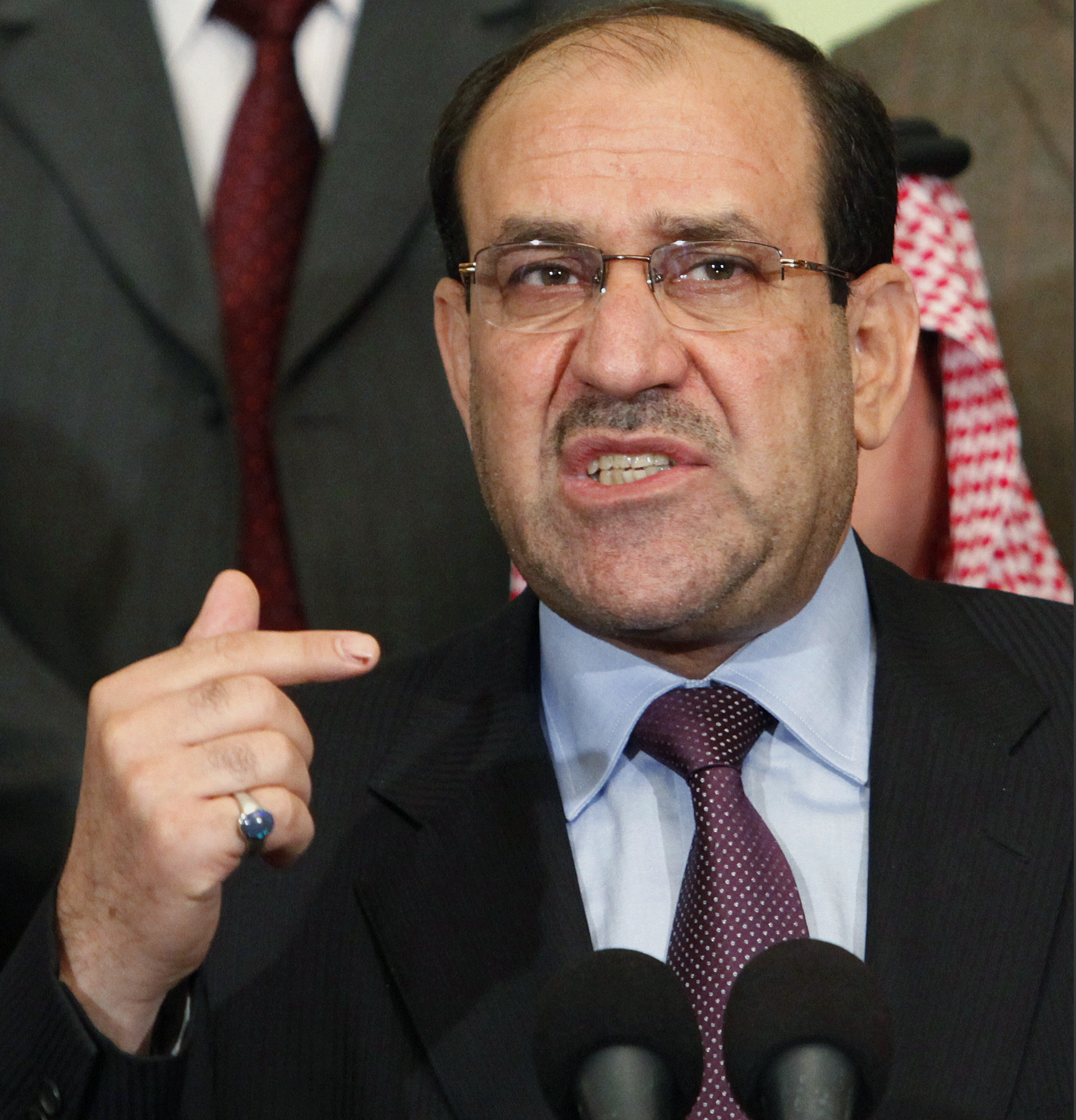