The loss of their star player has dented Brazil’s chances of winning a record-extending sixth World Cup, and first on home soil, and left Brazilians wondering who can replace him for Tuesday’s semi-final showdown with Germany. “Neymar fractures vertebra and is out of the Cup,” the country’s three main newspapers headlined in their online editions, completely overshadowing accounts of the thrilling 2-1 victory over Colombia. The papers published blow-by-blow diagrams of the play in which Neymar was kneed in the back by Colombian defender Juan Zuñiga, burying coverage of the stunning free-kick by David Luiz that sealed Brazil’s victory.

This is terrible news. The worst possible news. Neymar is so important to us. Without him, the other players will have to fight more. It is going to be so difficult against Germany now.

A large crowd of fans wearing Brazil shirts gathered outside the hotel in Fortaleza where Neymar was taken after the match. As he was being taken in on a stretcher, they chanted: “Força Neymar,” or, “Be strong Neymar.” Social media was flooded with messages about the incident, with many Brazilians calling on world soccer’s governing body FIFA to punish Zuñiga in the same way Uruguay striker Luis Suarez was penalized for biting an Italian player. One columnist went so far as to describe the challenge as a “savage attack.” Even Brazil’s President Dilma Rousseff used her Twitter account to call on Brazilians to unite around Neymar and the national team. Argentine soccer great Diego Maradona also lamented Neymar’s injury.

It concerns not only the Brazilian people but all of us who love football. It was his World Cup, in his country. He had great hopes. 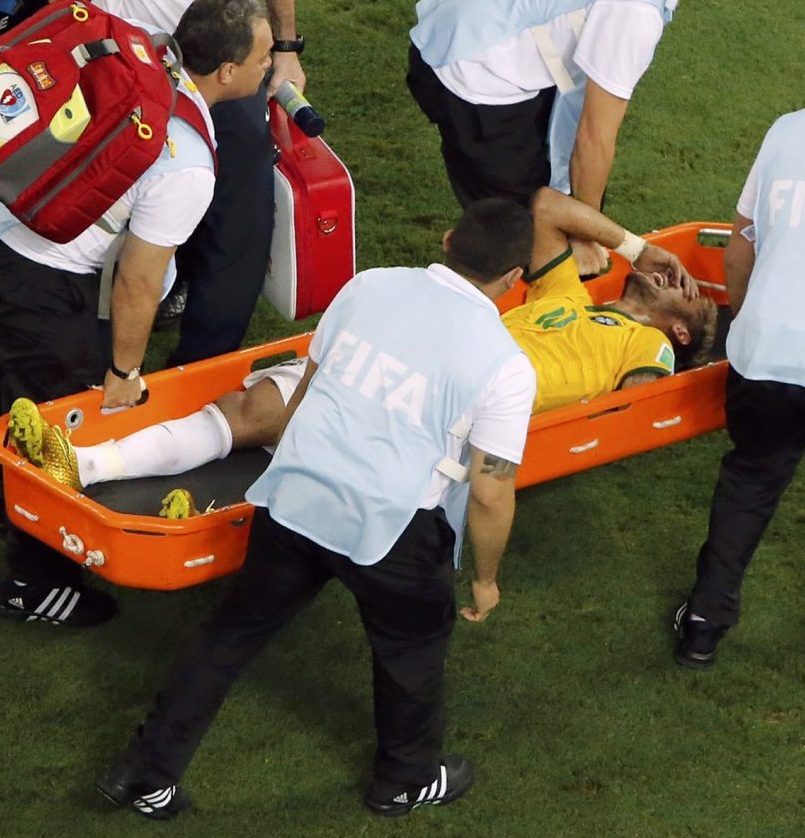