Marcel Kittel of Germany won the first stage of the Tour de France in a crash-marred bunch sprint in front of royalty in the English countryside on Saturday. After sprint rival Mark Cavendish fell in a late crash, Kittel won the 190.5-kilometre run along rocky, grassy hills from Leeds to Harrogate. The German raised his arms skyward and cried after he edged Peter Sagan of Slovakia in second, and Ramunas Navardauskas of Lithuania in third. Prime Minister David Cameron, Princes William and Harry, and Kate, Duchess of Cambridge, were among throngs of British fans who lined the route, a testament to the cycling craze in the U.K.

It’s unbelievable I’ve won stage one again. I had good legs today and my guys did an excellent job. I feel sorry for Mark Cavendish and I wish him all the best.

Many British fans were hoping for a win by Cavendish, a native of the Isle of Man, whose mother is from Harrogate. But with fewer than 400 metres to go, Cavendish veered slightly to his left and bumped Australia’s Simon Gerrans. The two came crashing down alone, with Cavendish landing hard on his right shoulder. After lying briefly on the ground, Cavendish got up gingerly and cruised over the finish line — cradling his right arm. 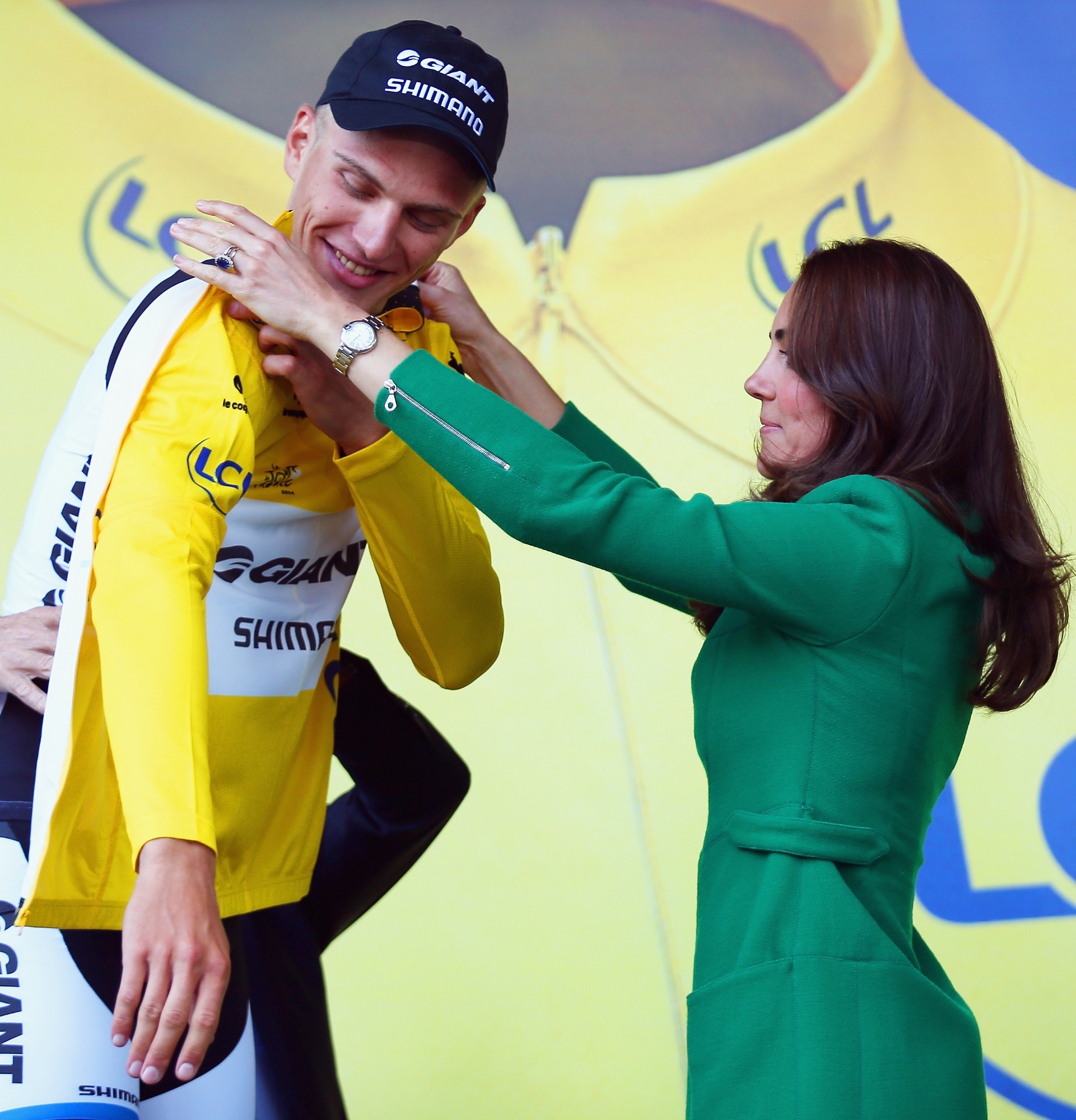