Turkey’s Erdogan sworn in as opposition storms out of parliament

Recep Tayyip Erdogan was sworn in Thursday as Turkey’s first popularly elected president, a position that will keep him in the nation’s driving seat for at least another five years. Legislators from Turkey’s main opposition party left parliament minutes before Erdogan arrived in protest of the man they accuse of not respecting the country’s constitution. A legislator was seen throwing a copy of the constitution toward the parliament speaker, complaining that he was not allowed to speak.

As president, I swear on my pride and honour that I will protect the state, its independence, the indivisible unity of the nation … and that I will abide by the constitution, the rule of law, democracy … and the principle of the secular republic.

Kemal Kilicdaroglu, the opposition party’s leader, snubbed the inauguration ceremony. He has accused Erdogan of violating the constitution by not stepping down as prime minister immediately after his election as president. Erdogan was scheduled to appoint Foreign Minister Ahmet Davutoglu—his designated successor as prime minster and loyal ally—to form a new government, following ceremonies at the presidential palace. Following a 101-gun salute, Erdogan headed to the mausoleum of the nation’s founder, Mustafa Kemal Ataturk, to lay a wreath. 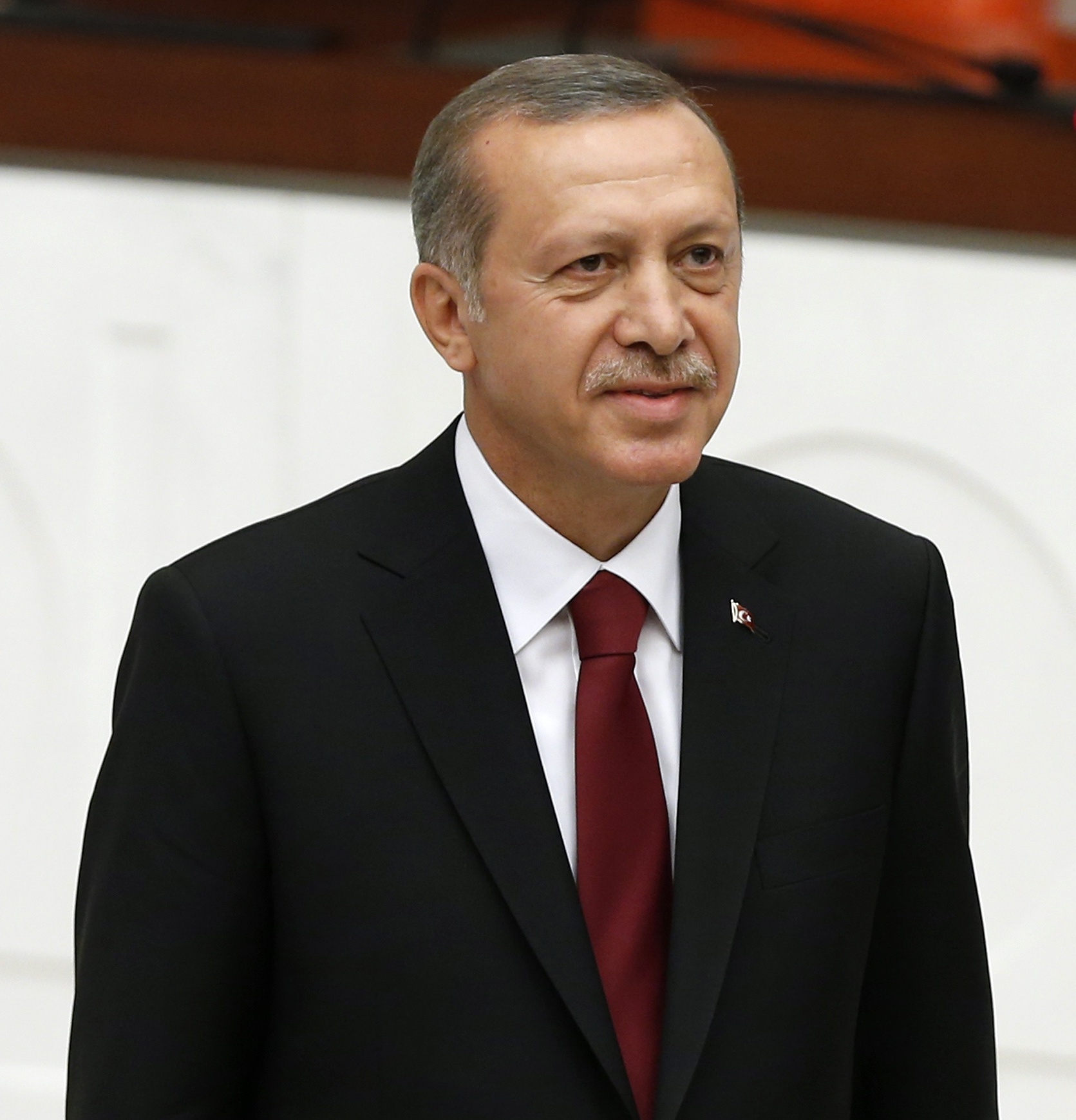