Two people were killed and 15 others injured when a circus tent collapsed in New Hampshire during a storm on Monday night, a state fire official said. About 100 people were inside the tent when a storm packing strong winds and large hail moved through the town of Lancaster, 90 miles north of the state capital of Concord, said State Fire Marshal Bill Degnan at a press conference. Two spectators were killed, Degnan said. He described them as a “young gentleman” and a “young girl,” but declined to give their ages, saying their families were still being notified.

These are fairly substantial structures when they are put up and we haven’t had any issues in the past.

Fifteen people were taken to the area hospital with injuries, Degnan said. More people might have been hurt and sought medical help on their own, he added. Degnan said the investigation into the collapse, which happened around 5:30 p.m. local time, was in its early stages. Florida-based Walker International Events was scheduled to put on two shows on Monday night, Degnan said. A representative for the company was not immediately available for comment. The accident comes a day after high winds blew over a tent at a music festival in the Chicago suburb of Wood Dale, killing a 35-year-old man and injuring 15 others. 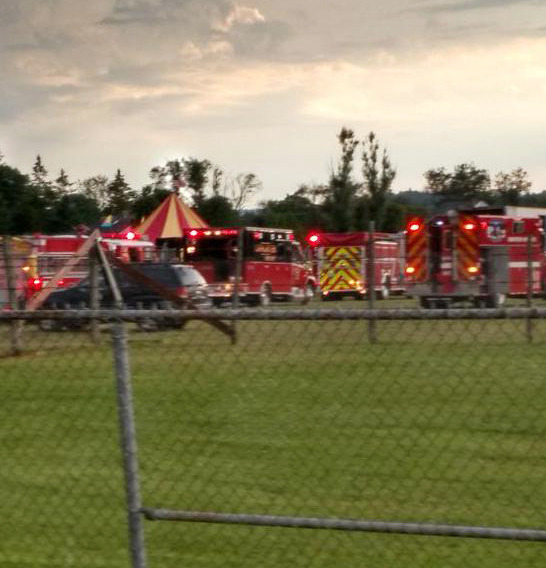