At least 21 people were reported dead, many of them drowned as flood waters rose in Borongan, the main town in Eastern Samar, where typhoon Hagupit made first landfall, the Philippine National Red Cross said on Monday. The Philippines had evacuated more than a million people as the powerful typhoon approached the country from the Pacific, fearing a repeat of a super storm last year that left more than 7,000 dead or missing. Shallow floods, damaged shanties and ripped off tin roofs were a common sight across the region, and despite the deaths, there was no major destruction after Hagupit slammed into Eastern Samar and other island provinces. The National Disaster Risk Reduction and Management Council in Manila confirmed only two dead and three injured. Two others were reported killed outside Samar, the third largest island in the Philippines, since Hagupit hit on Saturday night.

We have confirmed reports that 21 people died in Eastern Samar, 16 of them in Borongan.

Hagupit was packing maximum sustained winds of 120 km/h and gusts of 150 km/h on Monday, considerably weaker from its peak power but still a potentially deadly storm, according to forecasters. The typhoon, which made landfall late Saturday, was moving slowly, dumping heavy rain that could possibly trigger landslides and flash floods. Traumatized by the death and destruction from Typhoon Haiyan last year, more than 1 million people fled to more than 1,000 emergency shelters and safer grounds. 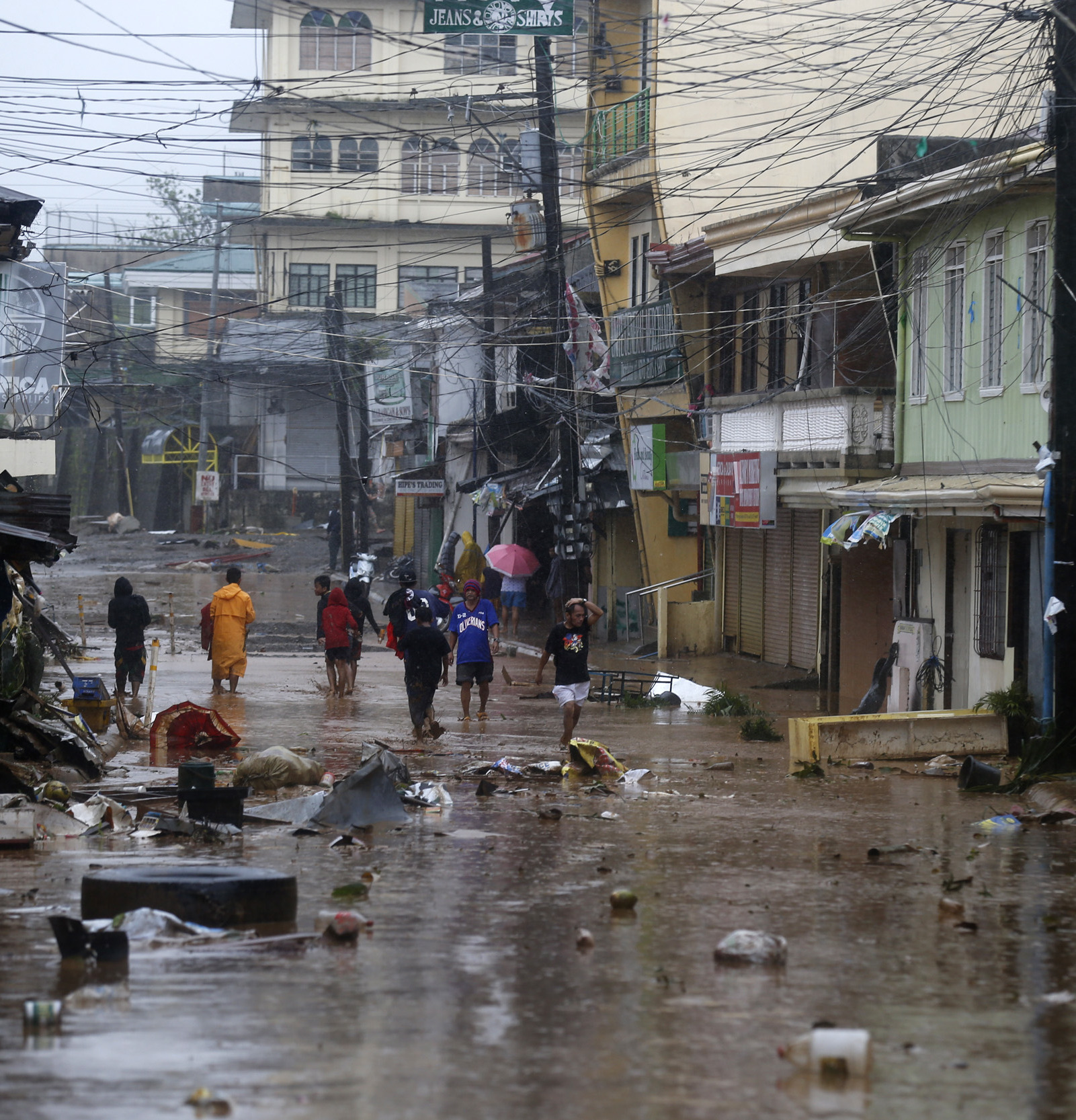