U.N. climate talks deep in overtime as rich-poor split threatens to derail accord

U.N. talks on a new global warming pact spilled into the weekend as negotiators quarreled over what kind of information to include when countries unveil their contributions before a key summit in Paris next year. The yearly climate meetings rarely close on time and the two-week session in Lima was no exception as disputes that arose in the opening days remained unresolved by Friday’s scheduled close of the conference. One of the most problematic issues was getting the more than 190 countries participating to agree on what information should go into the pledges that governments are supposed to put on the table for the planned Paris agreement.

We are almost there. We need to make just a final effort. We need to take political decisions.

Developing nations insist the West must bear a bigger burden for the carbon cuts, having started decades earlier to pollute their way to prosperity. But rich countries point the finger at developing giants like China and India furiously burning coal to power their rapid growth. Developing nations further demand that pledges incorporate not only action on reducing carbon emissions, but also financial help and adaptation aid to shore up their climate defenses. A format for the pledges must be agreed in the Peruvian capital to allow countries to start their submissions from the first quarter of next year. They will be at the core of a global climate pact that nations have agreed to sign in Paris in December 2015, to enter into effect by 2020, seeking to limit average global warming to two degrees Celsius over pre-Industrial Revolution levels.

We are at a moment in the negotiations where countries need to show political leadership, to rise above narrow self-interest and make progress towards decisions that are for the larger, global good. 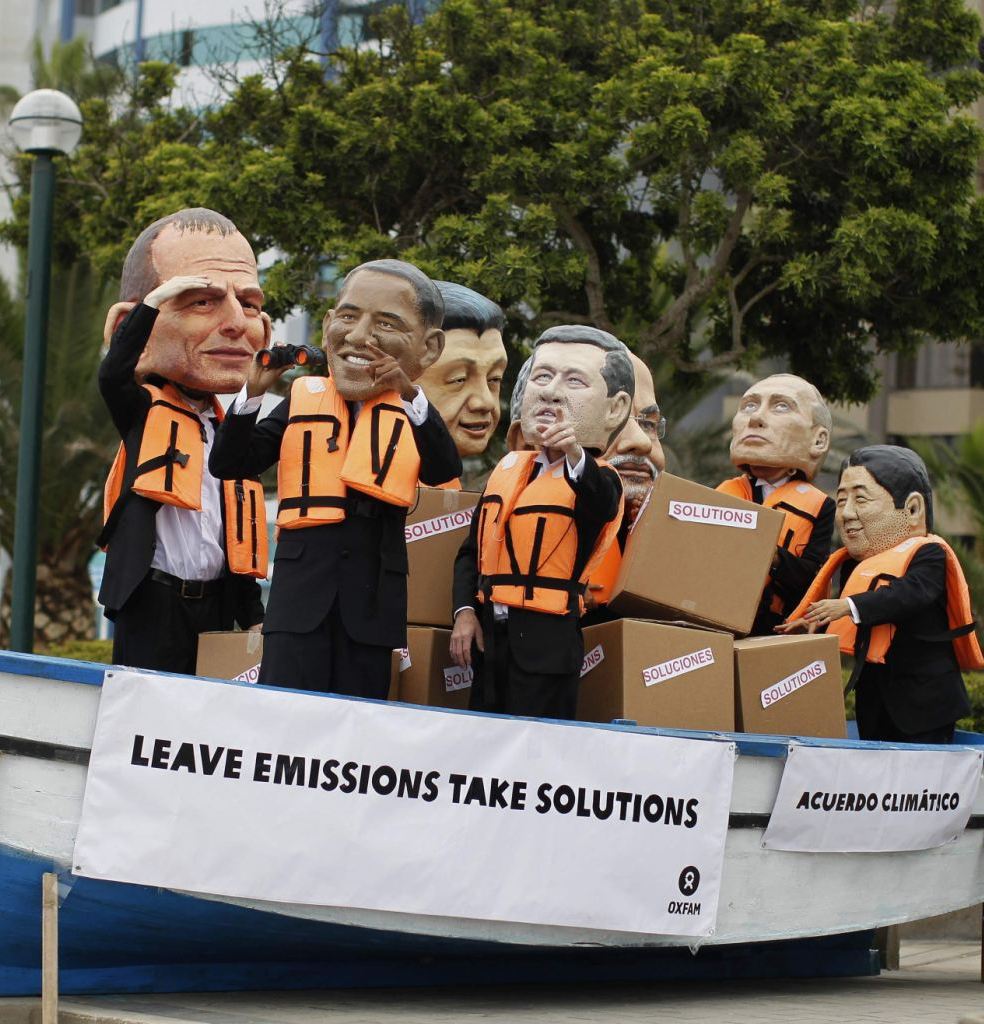