A landslide destroyed a remote village in Indonesia, killing at least 17 people, an official said on Saturday, as rescuers used their bare hands to search through the mud for scores of missing. Hundreds have been evacuated from around Jemblung village in the Banjarnegara regency of central Java, about 450 km (280 miles) from the capital, Jakarta, where media pictures showed a flood of orange coloured mud and water cascading down a wooded mountainside. Mudslides are common in Indonesia during the monsoon season, which usually runs from October until April. Large swathes of forest land, power lines and houses were buried in the disaster which struck on Friday night.

Conditions on the ground are pretty tough and we need heavy machines to clear the road that has been covered by the landslide.

Sutopo Purwo Nugroho, spokesman for the National Disaster Mitigation Agency, said 17 people had been killed, 15 rescued, 91 were missing and 423 people from the surrounding areas had been taken to temporary shelters. Eleven of the 15 rescued were receiving hospital treatment, he said. A government agency official added that the rescue effort had been suspended as light faded and would resume on Sunday. Five of the dead were found in one car, television reported. It showed rescuers using bamboo stretchers to carry bodies away. 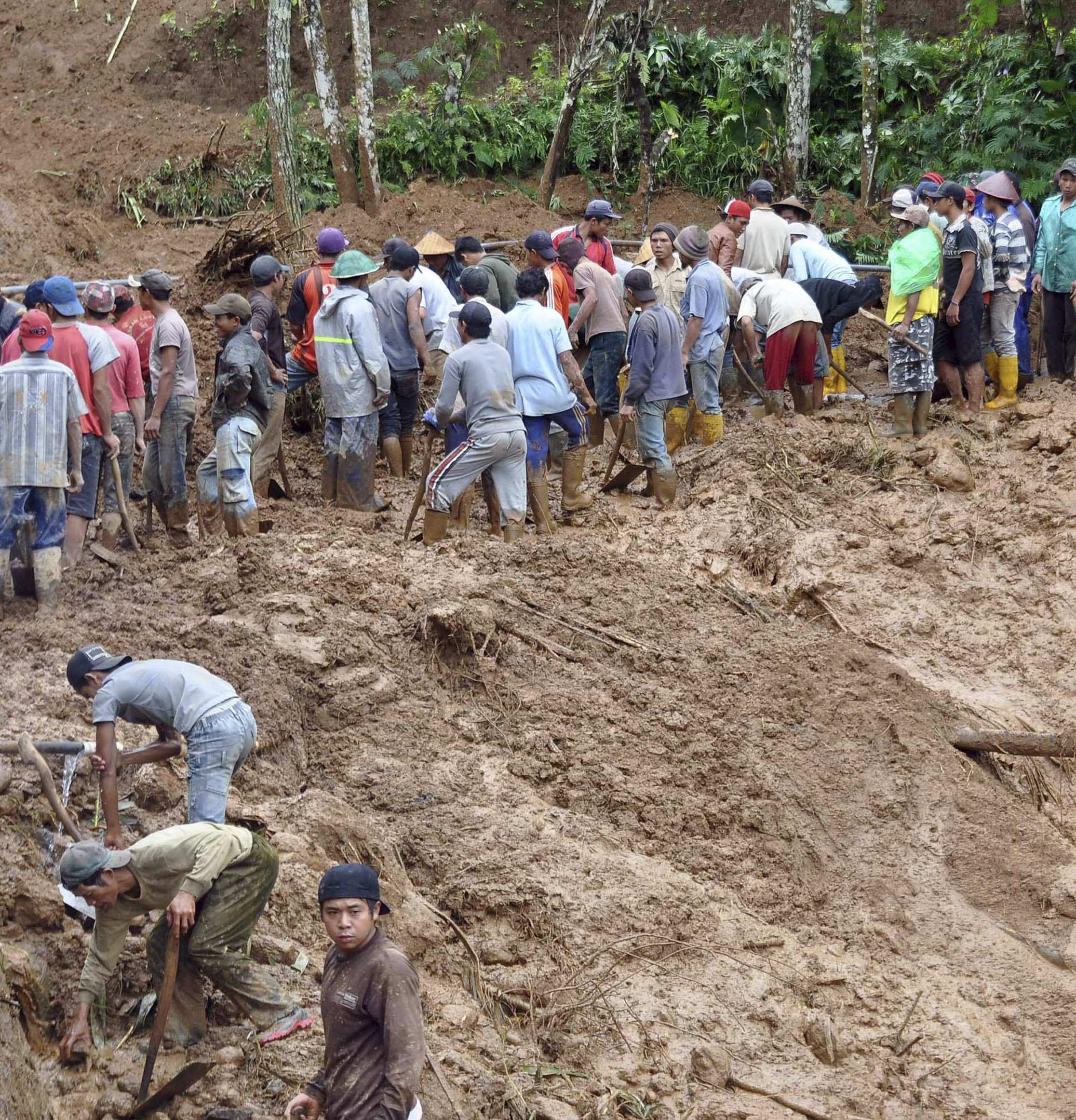