More and more Syrian rebels are defecting to join the ultra-hardline Islamic State insurgency, said U.N. human rights investigators on Friday. Members of the independent Commission of Inquiry on Syria informally briefed the United Nations Security Council on Friday ahead of submitting their latest report next week. There was an estimated 10,000 to 15,000 foreign fighters with various groups battling Syrian President Bashar al-Assad’s troops.

What began with a lot of foreign fighters, now you have authentic Syrian citizens. We are seeing more Syrians coming to ISIS than before.

Karen Koning AbuZayd, a member of the commission, said most of the Syrians joining Islamic State were defecting from other armed opposition groups fighting in the country’s civil war, now in its fourth year. AbuZayd said the other groups were drawn to the Islamic State because they saw its success in winning battles, and that it had the financial means to train and pay fighters. The U.N. also said the group was a “good candidate” to be added to the inquiry’s confidential list of suspected war criminals in Syria. U.N. chief investigator Paulo Pinheiro said the full range of humanitarian breaches and gross rights violations were being committed by parties in Syria, including torture and summary executions. 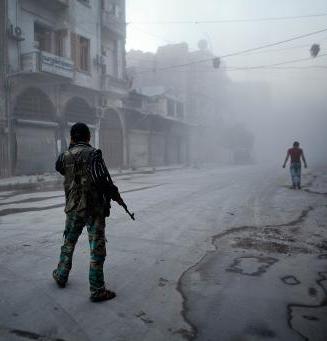