At Iraq’s request, the U.S. began airstrikes in Tikrit on Wednesday in support of a stalled Iraqi ground offensive to retake the city from Islamic State fighters, a senior U.S. official said. The airstrikes were “ongoing,” the official said without providing details. Iraq began the Tikrit ground offensive in early March without requesting U.S. air support, even as it welcomed help from Iran. In an address to the nation Wednesday evening, Prime Minister Haider al-Abadi predicted success in Tikrit but did not say the U.S. was providing airstrikes. U.S. airstrikes in Tikrit raise highly sensitive questions about participating in an Iraqi campaign that has been spearheaded by Iraqi Shiite militias trained and equipped by Iran, an avowed U.S. adversary.

We have started the final phase of the operation in Tikrit. You will liberate your ground, not anyone but you.

The U.S.-led air campaign, launched in August and joined by several European allies, has allowed Iraqi forces to halt the IS group’s advance and claw back some of the territory militants seized last summer. But the growing Iranian presence on the ground has complicated the mission, with Washington refusing to work directly with a country it views as a regional menace, yet is currently embroiled with Iran in sensitive negotiations over a nuclear deal. The prominent role of the Shiite militias in the fight to retake Tikrit and other parts of Iraq’s Sunni heartland has meanwhile raised concerns that the offensive could deepen the country’s sectarian divide and drive Sunnis into the arms of the Islamic State group. 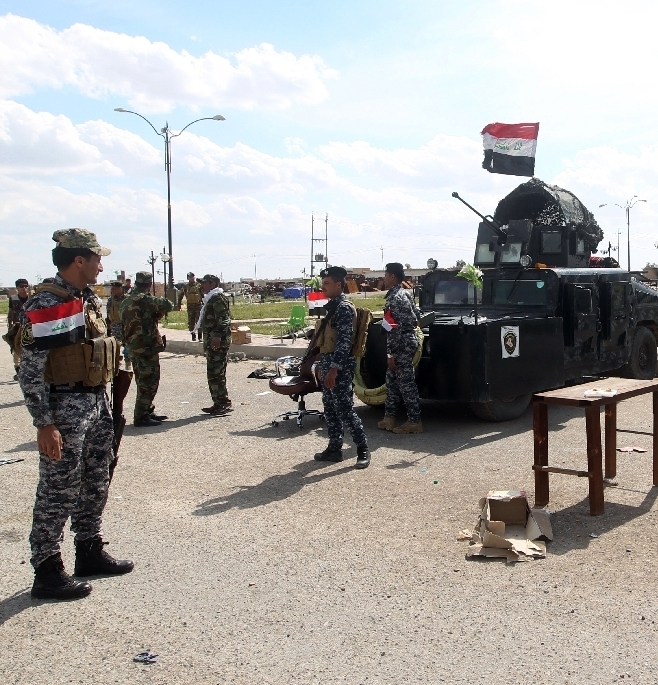