UN worried by rise in mass abductions of children

Mass abductions of children by groups like Boko Haram and the Islamic State are on the rise, with the practice now becoming a tactic of war, a UN envoy warned Wednesday. The statement came as reports surfaced of a mass kidnapping of hundreds of children from the Nigerian town of Damasak by retreating Boko Haram fighters last week. Some UN ambassadors said abductions of children should trigger sanctions by placing perpetrators on a UN black list of violators of children’s rights. The Nigerian government has denied the reports.

Boko Haram rushed to primary schools they took children and adults that they are using as shields to protect themselves from the menacing advance of troops.

UN rights investigators this month accused Islamic State fighters of abducting and selling women and girls from Iraq’s Yazidi minority as sex slaves. The UN children’s agency UNICEF has described 2014 as a devastating year for children with up to 15 million swept up in wars in the Central African Republic, Iraq, South Sudan, the Palestinian territories, Syria and Ukraine.

They use children because it is easy to brainwash them. They can build these children into what they want, they stop them from going to school and send them to IS schools instead.

Rami Abdulrahman, head of the Syrian Observatory for Human Rights 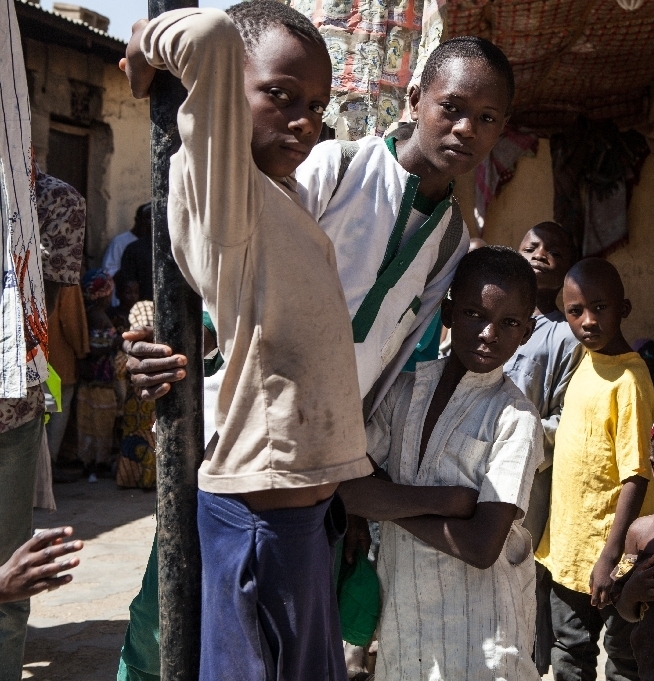