U.S. Marine with murder of transgender woman in Philippines

Philippine prosecutors on Monday filed murder charges against a U.S. Marine accused of killing a Filipino transgender woman, in a case that has fanned anti-American sentiment. Prosecutors found “probable cause” against Private First Class Joseph Scott Pemberton and decided that he used “treachery, abuse of superior authority and cruelty” against his alleged victim, lead prosecutor Emilie Fe delos Santos told a televised briefing. Pemberton will not be allowed to post bail, she said. Murder is punishable by up to 40 years in jail.

You can see the kind of cruelty she (victim) endured, the injuries she sustained. We believe we have a strong case.

Jennifer Laude, a 26-year-old transgender woman, was found dead on October 12 in a cheap hotel in the port city of Olongapo. She was half-naked in a bathroom with marks of strangulation on her neck, according to police. Laude died from “asphyxia by drowning”, according to a police autopsy. Pemberton, who had just finished taking part in U.S.-Philippine military exercises near Olongapo, had checked into the hotel with Laude and was the last person seen with her, police said. Laude’s death sparked street protests and the public outcry pressured the Philippine government to seek the transfer of Pemberton’s detention from a U.S. warship to military headquarters in Manila.

This is not an ordinary murder. This is heinous because she was beaten up. 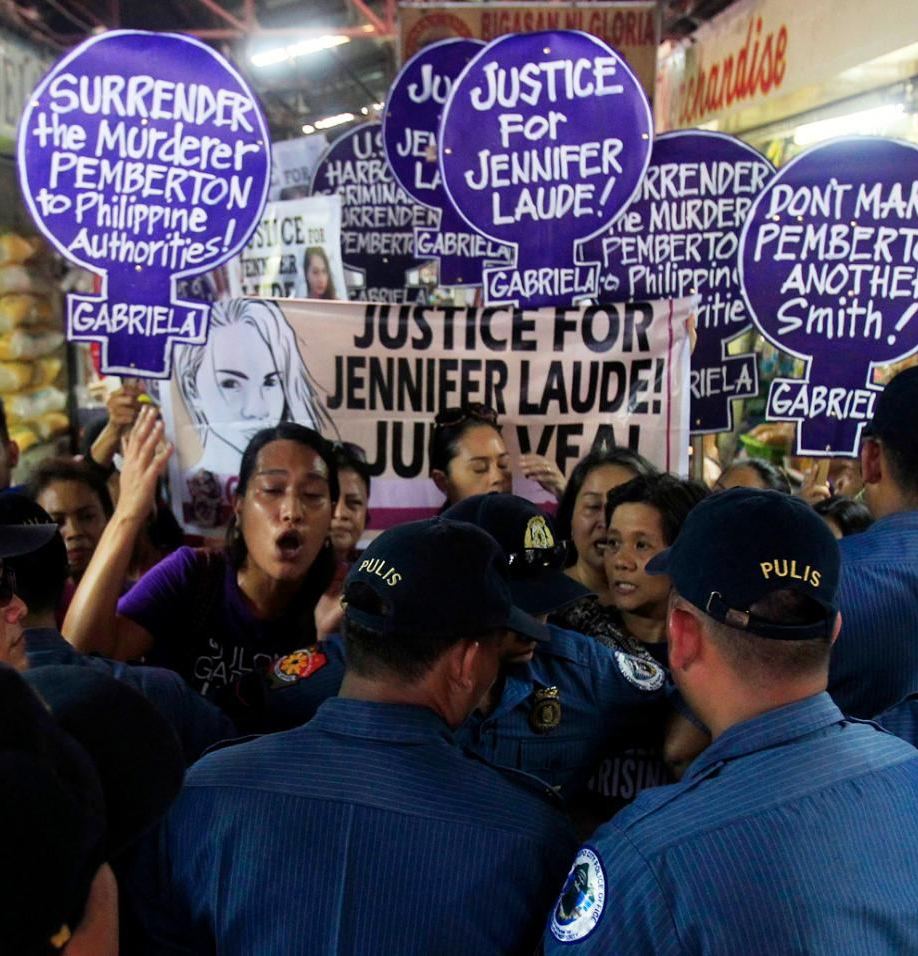