Obama’s pledge constitutes the opening offer by the U.S. as world leaders strive to reach a climate deal powerful and ambitious enough to prevent the worst effects of climate change. The U.S. proposal has drawn intense interest from the vast majority of countries that have yet to announce how deeply they’ll pledge to cut greenhouse gas emissions as part of a major global climate treaty . The Obama administration has avoided putting hard numbers on the size of emissions reductions it expects from specific steps the U.S. is taking. The EU listed specific areas, such as transportation, energy and manufacturing, where it expects major reductions, and named the specific greenhouse gases it plans to cut.

In the works for years, the treaty is set to be finalized in Paris in December. If it’s successful, it will mark the first time all nations — not just wealthier ones like the U.S. — will have agreed to do something about climate change. Although all nations were asked to submit their climate targets by the end-of-March target date, only a handful of countries are expected to meet it. In addition to the U.S., the EU and Switzerland, Mexico unveiled a pledge last week to cut greenhouse gases and short-lived climate pollutants 25 percent by 2030, drawing praise from the White House and from environmental advocates. 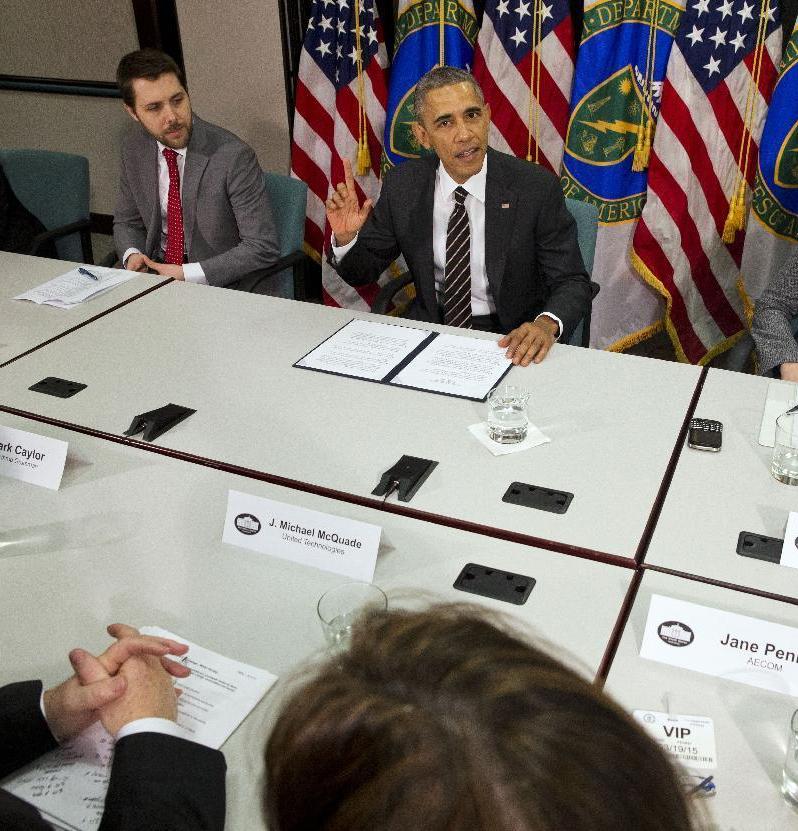