The U.S. is sending about 200 extra troops to Iraq, along with helicopters and drone aircraft, after militants declared an Islamic state in areas under their control. The latest deployment will mean nearly 800 U.S. soldiers have returned to Iraq to help train local forces, protect the embassy in Baghdad and protect Americans as Islamic State in Iraq and the Levant (ISIL, also called ISIS) fighters continue to control much of the north and west of the country. U.S. President Barack Obama has ruled out sending combat troops back to the country but has admitted the soldiers being sent will be equipped to fight.

The group has all the trappings of a state except an air force.

The news comes as Iraqi government officials announced nearly 2,000 people were killed in June—the highest figure since May 2007. A total of 1,922 people were killed including 1,393 civilians, 380 soldiers and 149 policemen. ISIL fighters overran the Iraqi city of Mosul last month in a lightning offensive and have since been advancing toward Baghdad.

These forces are separate and apart from the up to 300 personnel the president authorised to establish two joint operations centres and conduct an assessment of how the U.S. can provide additional support to Iraq’s security forces. 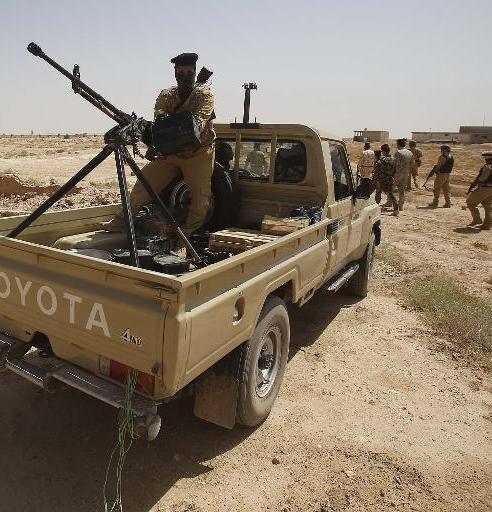