Online car service Uber has offered free rides from Sydney’s central business district following a public backlash over an initial surge in prices amid a hostage drama in a city cafe. Fares on the U.S.-based company’s booking app initially rose to a minimum fee of A$100 for pickups near the siege in Martin Place, more than four times the fare before the drama unfolded. The price hike was a result of the company’s controversial automatic surge pricing, which is aimed to encourage more drivers at busy times or busy areas. Sydney’s public transport system was under pressure because of the siege in Martin Place as several businesses in the city, including major banks, evacuated offices and sent employees home.

We are all concerned with events in CBD. Fares have increased to encourage more drivers to come online and pick up passengers in the area.

Just an hour after a flurry of critical tweets in response to the price hike, Uber said trips from the central business district would be free. Uber has grown rapidly around the world in recent months, but it has been dogged by controversy surrounding its aggressive approach to local governments and traditional taxi services. It is banned in the Netherlands and in the Indian capital of New Delhi after a female passenger earlier this month accused one of its drivers of rape.

Uber Sydney will be providing free rides out of the CBD to help Sydneysiders get home safely. We are in the process of refunding rides. 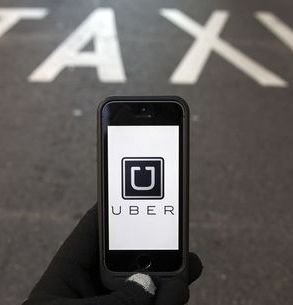