The three fighters from Joseph Kony’s Lord’s Resistance Army who defected last month were carrying knives, ropes, tarpaulins, AK-47s, and gun lubricant (pictured above). Kony and his rebels have terrorized Uganda and other parts of Central Africa for years, carrying out brutal killings and kidnappings. Now, after a U.S supported and African Union-mandated mission to catch or kill Kony, there are fewer than 500 LRA rebels still active. But the group once known to mount ambushes against Ugandan troops – offering soldiers opportunities to chase them – now only carry out small-scale raids and flee from encounters with their pursuers. The rebels are scattered in small groups of between 10 to 20 fighters, making it even harder to track them down in an area of forest about the size of France.

They (LRA) have changed tactics. They are no longer abducting. It’s more about survival.

In the southeastern region of Central African Republic the mission is promoting a campaign of defections. Some villages have formed defection committees, to encourage rebels to lay down their arms and approach local chiefs peacefully and then be transferred to the custody of Ugandan troops. With support from the Howard G. Buffet Foundation, Bridgeway also pays an aviation company to fly aircraft used to transport rebel defectors and injured people and to broadcast anti-Kony messages from loudspeakers.

I am not seeing the LRA as a fighting force, but the fact that they are here is a problem because they are still destabilizing people. 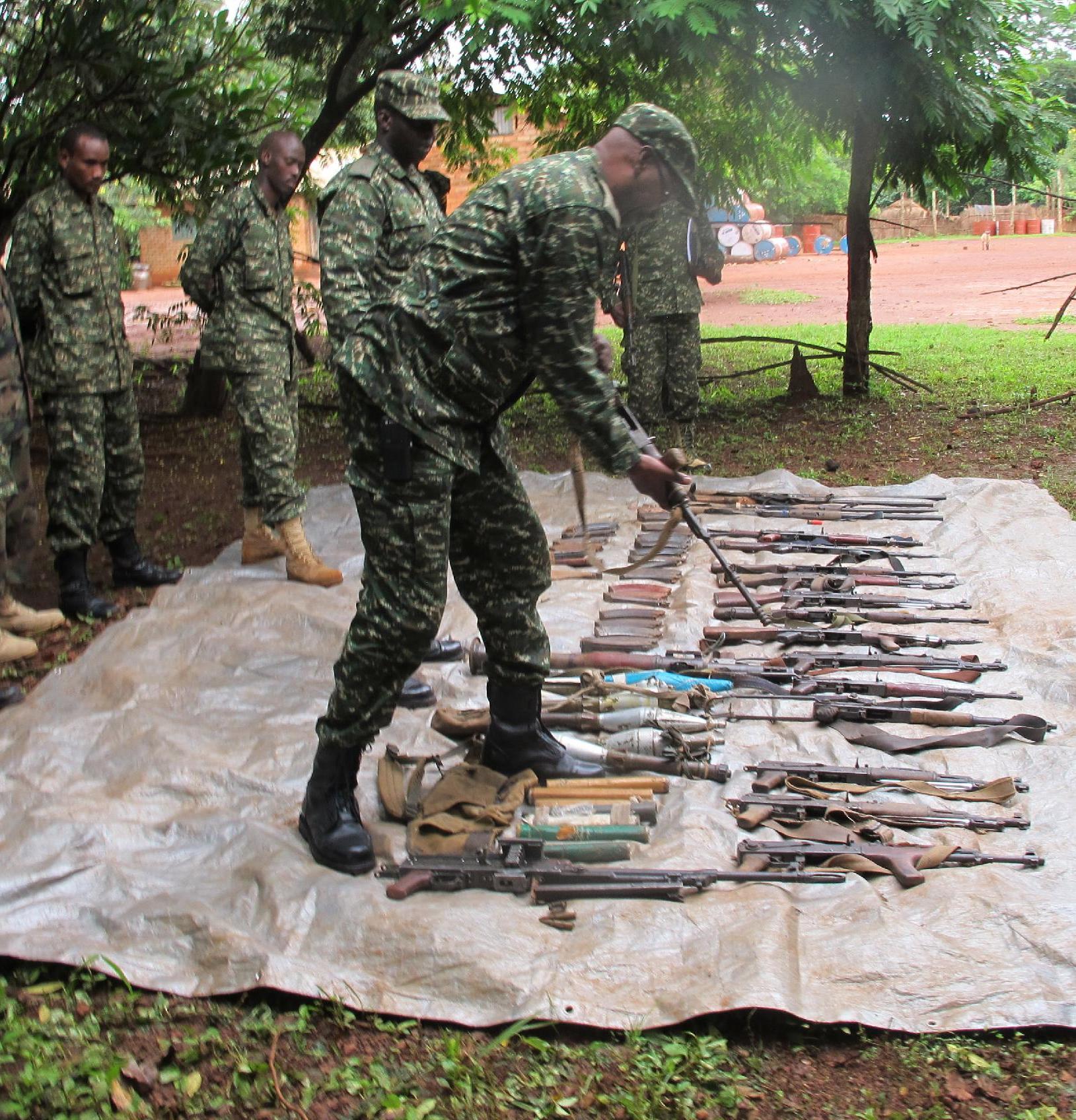