British police have foiled four or five suspected terror plots this year, the country’s most senior police officer said ahead of a week-long campaign to enlist the public’s help in countering the threat. For a week starting on Monday, police will brief over 6,000 people at 80 venues including schools and shopping centres across Britain to let ordinary people and businesses know how they can help by identifying and reporting suspicious behaviour. The campaign will also urge people to question charities about where their money is going, amid concerns that some is being used to channel funds to militants.

As part of new measures to counter extremism, British Home Secretary Theresa May will announce on Monday that insurance companies will be banned from paying out terrorist ransoms, according to released remarks. Counter-terrorism investigations have led to 271 arrests this year, Metropolitan Police Assistant Commissioner Mark Rowley on Monday. Rowley warned that the threat posed by extremists has “evolved” and that they are now homegrown. Scotland Yard commissioner Bernard Hogan-Howe said the threat from so-called “lone wolf” attacks by individuals or small groups was causing “growing concern”, and warned their ability to act quickly left little time for the security services to intervene.

If the public, the businesses and police work together with the security services then that’s an incredibly powerful team. 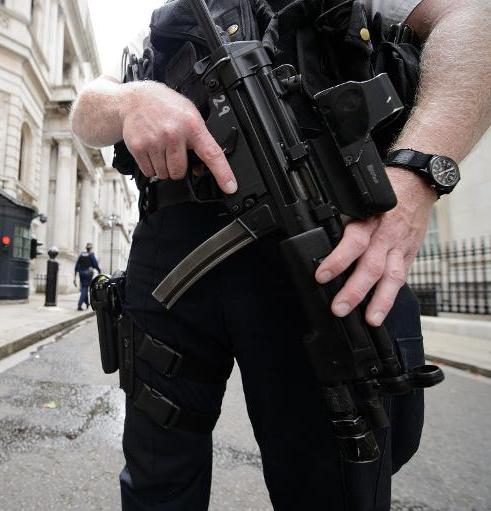