Ukraine’s Foreign Ministry on Wednesday night launched a Twitter hashtag campaign #UkraineUnderAttack and #RussiaInvadedUkraine urging others to share the message that their country was under attack. This latest campaign is one of several in a long-running social media war that’s shadowed more than a year of geopolitical tensions between the nations. In August alone, diplomats from Ukraine, U.S. and Europe used the hashtag #Escalation to frame what they consider to be hostile acts from Russia. It comes after Russia sent armored troops across the border Wednesday as it expanded the conflict to a new section of Ukrainian territory. The latest incursion with five armored personnel carriers was at least the third movement of troops and weapons from Russia across the southeast part of the border this weak. Russia did not acknowledge the military movements but the Russians have signaled that they would not countenance a defeat of an insurgency in the heavily Russian eastern part of Ukraine, which would amount to a significant domestic political setback for President Vladimir Putin. 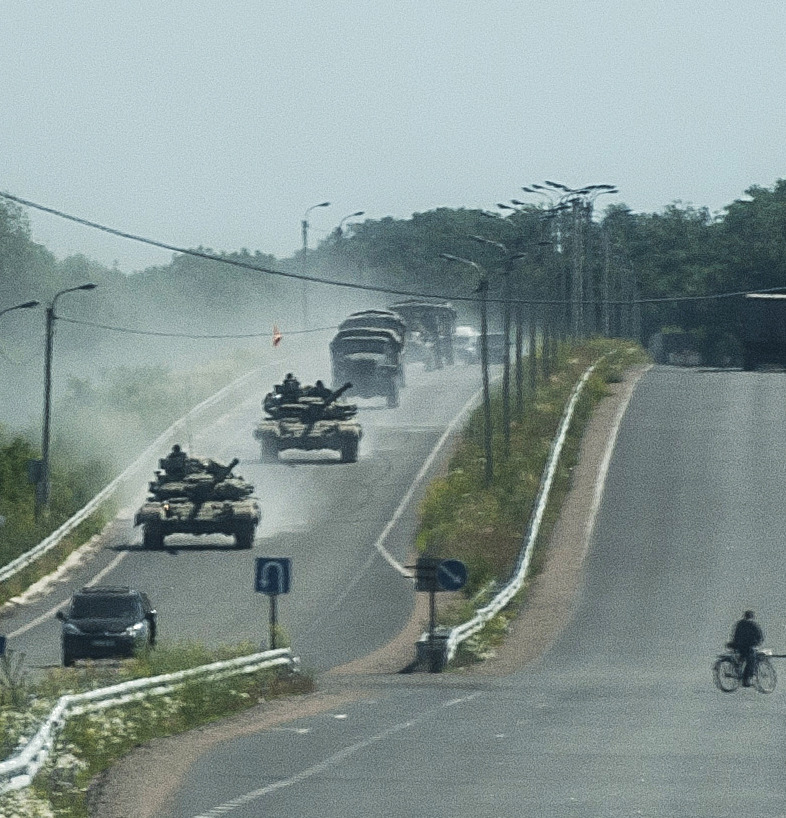