Ukraine has proposed a time and a place for talks on Saturday on reaching a durable ceasefire with pro-Russian rebels and is awaiting a reply, as fighting in the east killed 13 servicemen. The venue was not named, but a Western diplomat expected the talks to be held again in eastern Ukraine’s major industrial hub of Donetsk, where the rebels control key points. Separatist officials have suggested the venue could be a problem since rebel leaders could be subject to arrest by Ukrainian authorities if they move out of their strongholds.

(The talks) cannot be held outside Ukraine because it is felt this would inflate the status of the rebels.

In some of the worst violence since President Petro Poroshenko called off a 10-day unilateral ceasefire on June 30, Ukraine’s “anti-terrorist operation” (ATO) headquarters said at least 13 Ukrainian military personnel had been killed on Friday. In all, hundreds of people have been killed in more than two months of fighting in Russian-speaking eastern regions that want to quit Ukraine and join Russia. Slaviansk, a city of 130,000, and surrounding villages have been the main focus of Ukraine’s military drive to force out fighters loyal to rebel commander Igor Strelkov, a Muscovite. 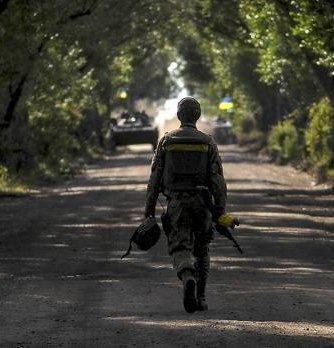