The Ukrainian military has launched air strikes against separatist strongholds in the country’s eastern region following the shooting down of a cargo plane that killed 49 people. The military targeted rebel checkpoints in Luhansk on Saturday in retaliation for the downing of the plane, as well as a military base that had been taken over by pro-Russian separatists. Earlier in the day, Ukrainian President Petro Poroshenko summoned his defence and security chiefs for consultations. He promised to mete out an “adequate response”.

All those involved in cynical acts of terrorism of this magnitude must be punished.

Rebel fighters used anti-aircraft weapons and a heavy-calibre machine gun to bring down the plane as it was coming in to land, a defence spokesman said. Charred debris was scattered for hundreds of metres over the sloping wheat field where the plane came down near Novohannivka, a village 20km southeast of Luhansk. The tail section jutted up from the ground, with parts of the engines, fuselage and other parts lying around it. A platoon of rebel forces clad in camouflage fatigues scoured through the ruins for ammunition that had been intended for the government forces in east Ukraine. 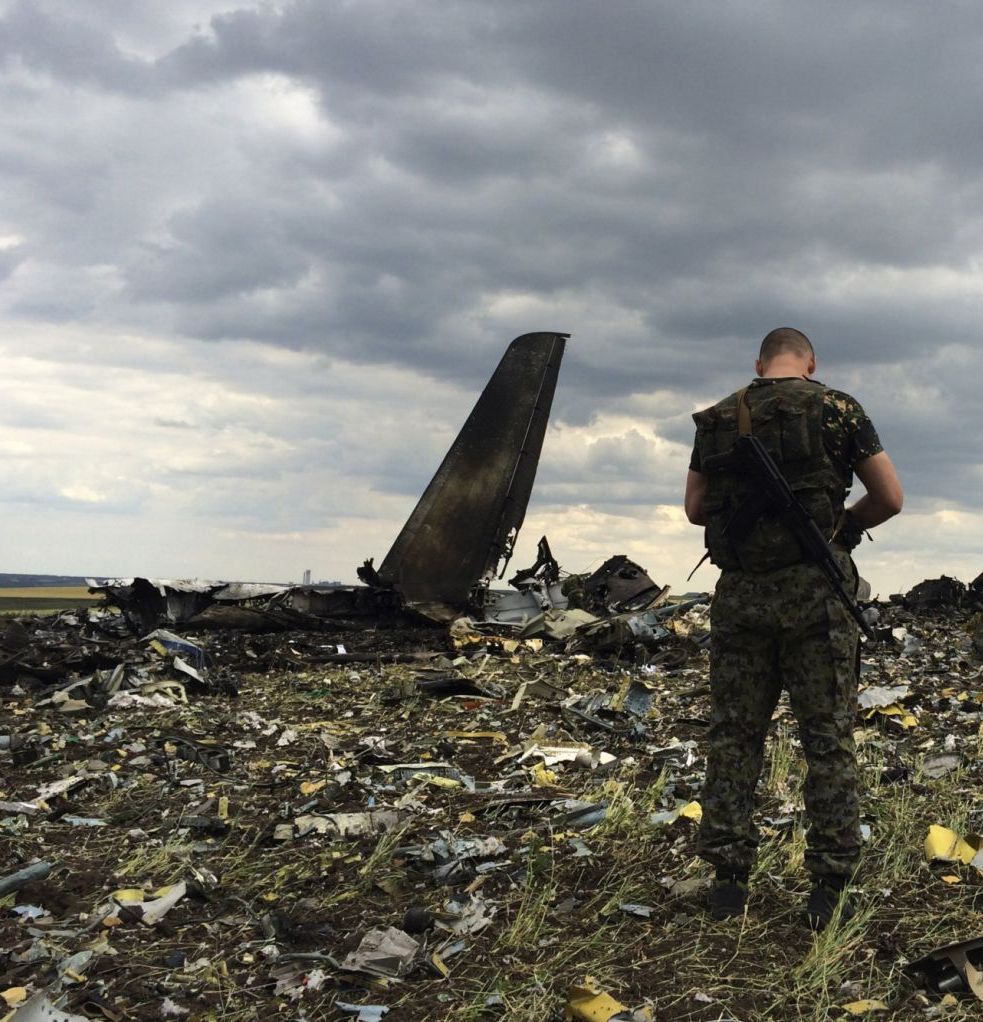