Ukraine accused Russia and pro-Moscow rebels on Saturday of destroying evidence to cover up their guilt in the shooting down of a Malaysian airliner that has accelerated a showdown between the Kremlin and Western powers. As militants kept international monitors away from wreckage and scores of bodies festered for a third day, Russian President Vladimir Putin urged the rebels to cooperate and insisted that a U.N.-mandated investigation must not leap to conclusions. Moscow denies involvement and has pointed a finger at Kiev’s military.

He has one last chance to show he means to help.

The Dutch government, whose citizens made up most of the 298 aboard MH17 from Amsterdam, said it was “furious” at the manhandling of corpses strewn for miles over open country and asked Ukraine’s president for help to bring “our people” home. European powers swing behin Washington’s belief Russia’s separatist allies were to blame, And Britain, which lost 10 citizens, said further sanctions were available for use against Russia. 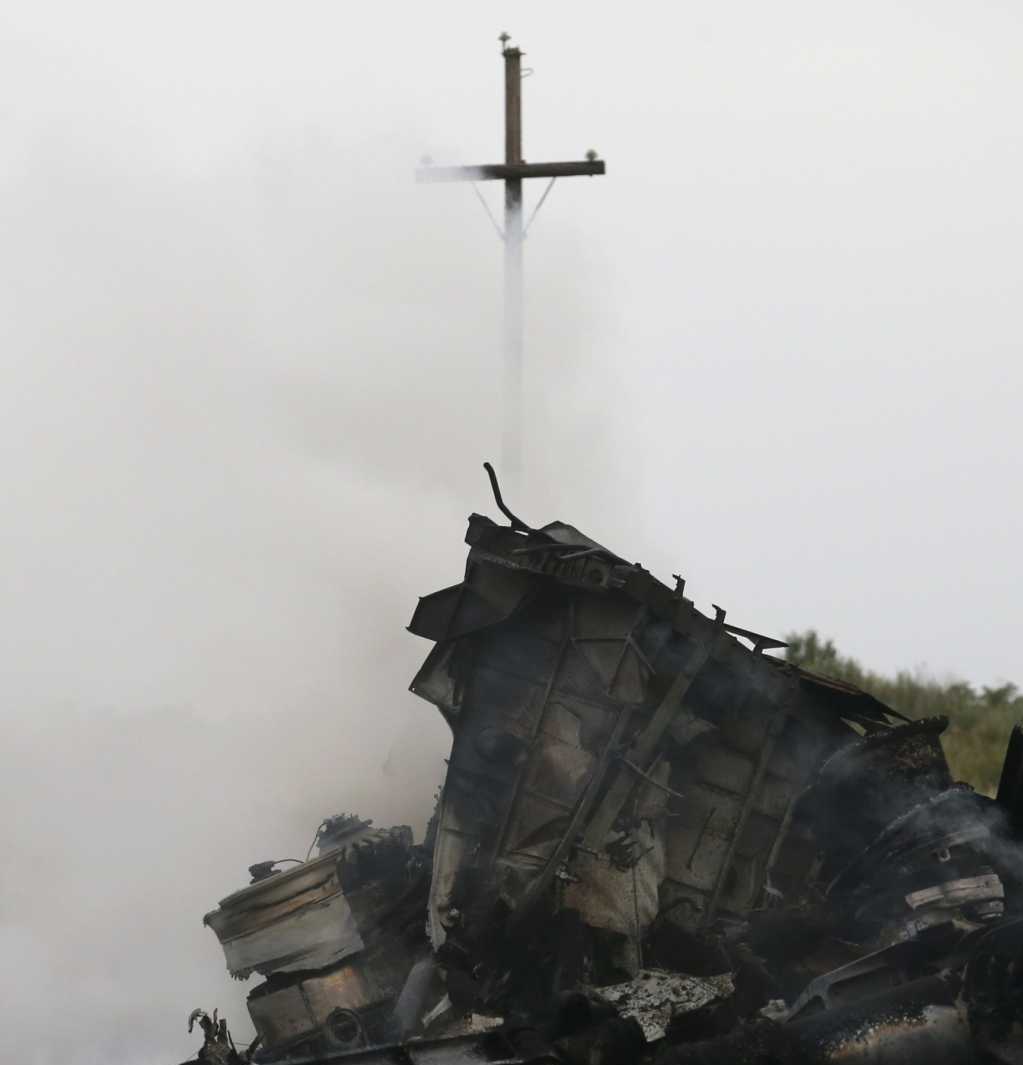