A U.N. envoy said on Saturday he was confident the Syrian government would cooperate in alleviating the situation facing some 18,000 people in a Palestinian refugee camp in Damascus that Islamic State militants are battling to take over. Ramzi Ezzedine Ramzi, the deputy to the U.N. envoy to Syria, told Reuters the United Nations would work with the Damascus government to ensure the safety of the Palestinians and Syrians in Yarmouk on the Damascus outskirts. Ramzi said he left a meeting Syrian Deputy Foreign Minister Faisal Mekdad on Saturday “quite satisfied and confident that there will be very good cooperation”.

We will do everything possible to ensure their safety and security whether inside - if possible - but certainly outside and we will work with the Syrian government to ensure that.

Ramzi Ezzedine Ramzi, the deputy to the U.N. envoy to Syria

His visit to Damascus comes two days after U.N. Secretary General Ban Ki-moon warned that residents of Yarmouk, which has been besieged by the government since 2013, were being “held hostage” by Islamic State militants and other extremists U.N. officials have warned of a potential massacre there. Ban said its residents “face a double-edged sword – armed elements inside the camp, and government forces outside”. He demanded an end to hostilities, humanitarian access, and safe passage for civilians who wanted to leave. 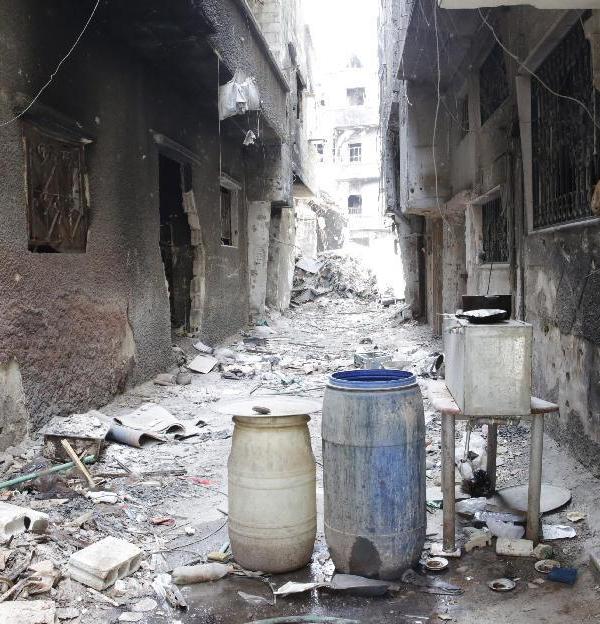