Uncertain whether differences in Iran talks can be resolved: source

Iran nuclear talks hung in the balance Monday with a senior U.S. and European officials saying it remained unclear whether the outlines of a deal could be agreed by a March 31 deadline. After a five-hour meeting between U.S. Secretary of State John Kerry and his Iranian counterpart, a U.S. official said Iran still had “very tough choices” to make.

There are areas where we’ve made progress, areas where we have yet to make any progress. But the fact that we’re all here talking shows the commitment on both sides to try to reach an agreement.

In Tehran, the Iranian parliament’s top official said lawmakers and the government would be unified if an agreement gets the nod from Ayatollah Ali Khamenei, who has the final word on all policy matters in the Islamic republic. Ali Larijani lambasted a letter from opposition U.S. Republicans last week that said a final agreement could be rescinded by another U.S. administration after Obama leaves the White House.

What the U.S. Congress did was really amateurish. Even their political experts denounced them because they undermined their own integrity. We are not going to copy their mistake. 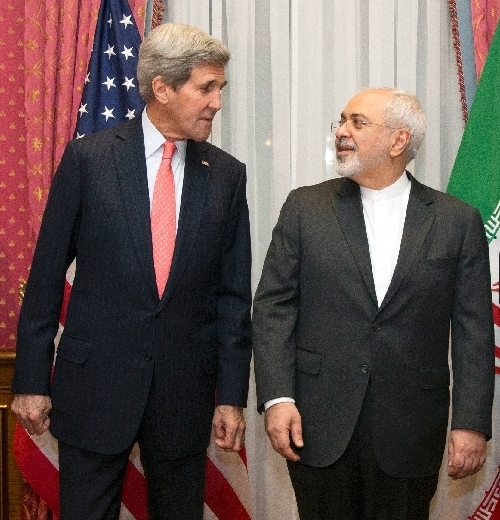