Eight kindergarteners and three adults died in central China after the minivan they were in crashed into a pond. The bus was returning the children home from school Thursday in a mountainous village near the capital city of Hunan province when it fell into a pond, Xinhua News Agency reported. The minivan was pulled out of the pond Friday with the children and a driver inside, while the bodies of two teachers were found an hour later. It was carrying 11 passengers even though it had only seven seats. 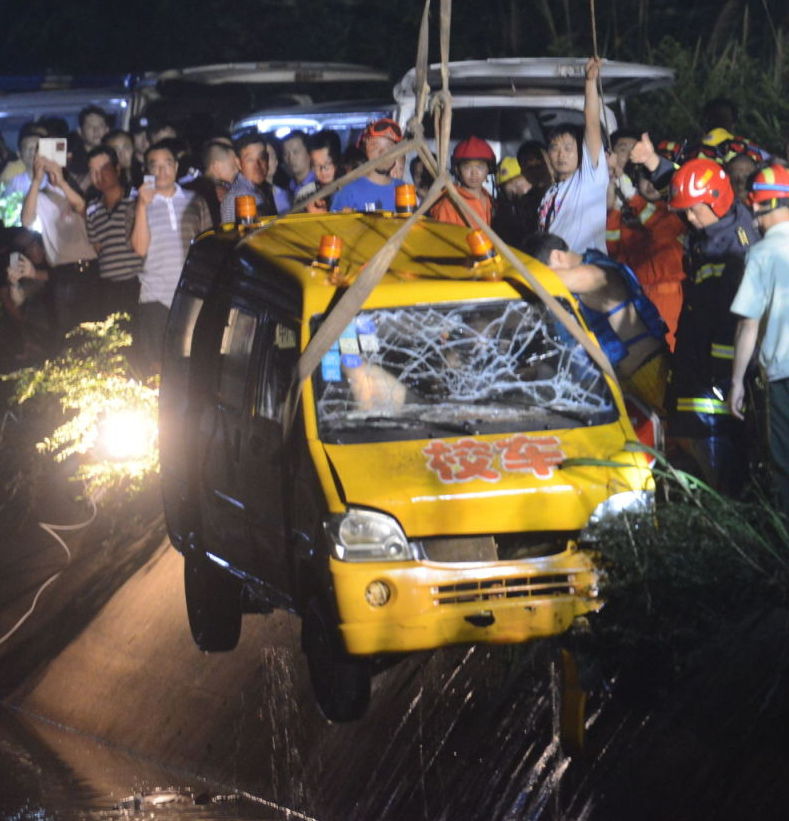