Violent protests broke out again in suburban St Louis after another fatal shooting of a black 18-year-old by a white police officer. The shooting happened at around 11.15pm local time last night at a convenience shop in Berkeley, Missouri, just a few miles from Ferguson where Michael Brown, an unarmed black 18-year-old, was killed by a white officer in August. St Louis County Police Chief Jon Belmar said the Berkeley shooting victim was black and the officer was white. Mr Belmar said police were called about a theft and as the officer questioned two men, one pointed a gun at him. The officer fired three shots and one hit the gunman.

Fearing for his life, the Berkeley Officer fired several shots, striking the subject, fatally wounding him.

A crowd of about 100 people then gathered at the scene and a violent protest broke out. Two officers were injured, police cars were damaged and a nearby shop was set on fire. Four people were arrested. The St Louis Post-Dispatch named the victim as Antonio Martin. A woman pictured at the scene in tears was identified by the paper as his mother Toni Martin. She told the newspaper that her son was with his girlfriend at the time of the shooting, who had remained at the scene. The protesters who gathered in the aftermath of the shooting yelled at officers, and pictures appeared to show some being wrestled to the ground and handcuffed.

I understand police officers have a job and have an obligation to go home to their families at the end of the night. But do you have to treat every situation with lethal force? It’s not a racial issue, or black or white. It’s wrong or right.

Orlando Brown, 36, of nearby St Charles, who was among the protesters 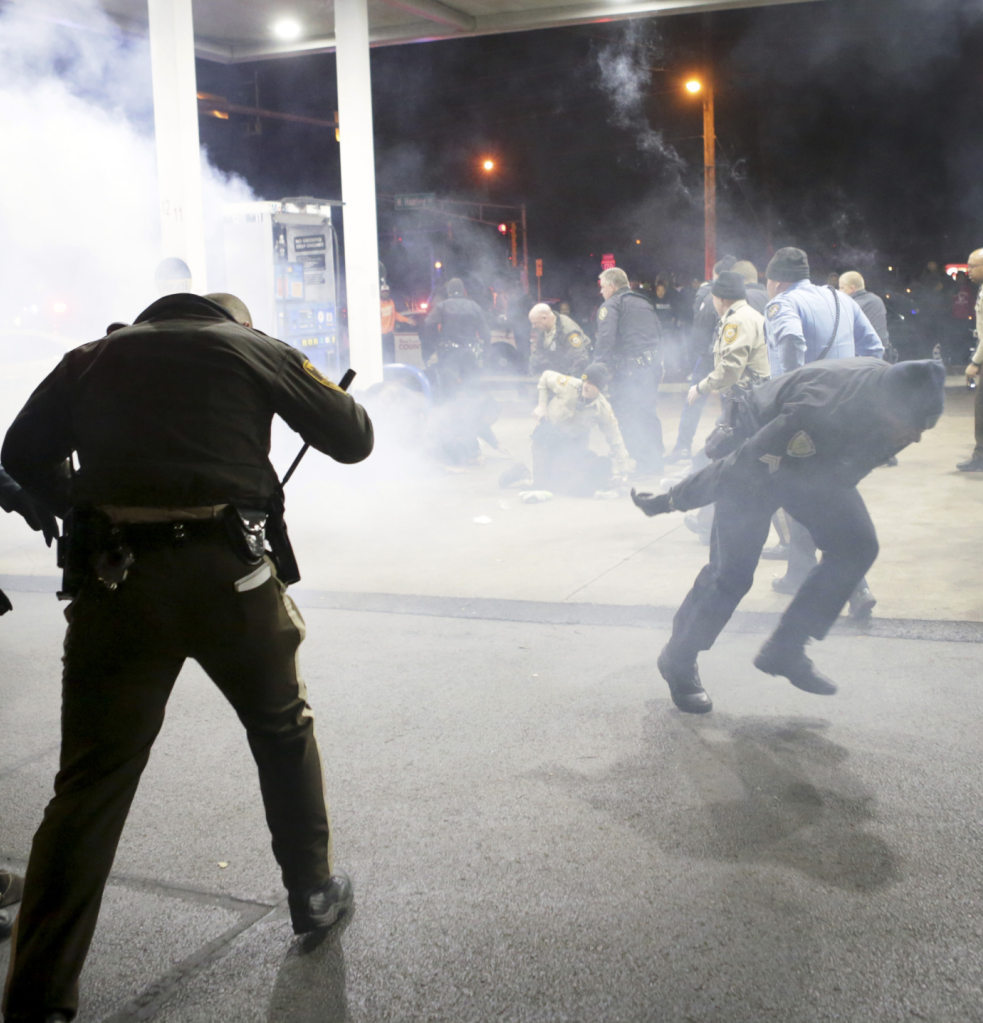