Riot police fired tear gas and rubber bullets late Sunday to restrain a group of vandals who disturbed a peaceful rally celebrating Argentina’s gutsy performance in a 1-0 loss to Germany in the World Cup finals. The youths were hurling rocks, destroying store fronts and even breaking into a theatre. Police said 20 officers were injured and at least 60 people were arrested as vandals tore down street lights and ripped up the stone from some streets to throw at officers.

We have nothing to regret, we played first rate.

The chaotic situation marred what was an otherwise spontaneous show of support for Argentina’s national team after its best World Cup run in 24 years. The center of festivities was the city’s iconic Obelisk, where fans traditionally gather to celebrate victory, not defeat. Cars honked staccato rhythms, firecrackers were tossed into the air and fans of all ages jumped in place shouting ”Argentina! Argentina! Argentina!” with barely a tear in sight.

Messi still isn’t Maradona. But this here is a party. We’re all proud of our warriors. 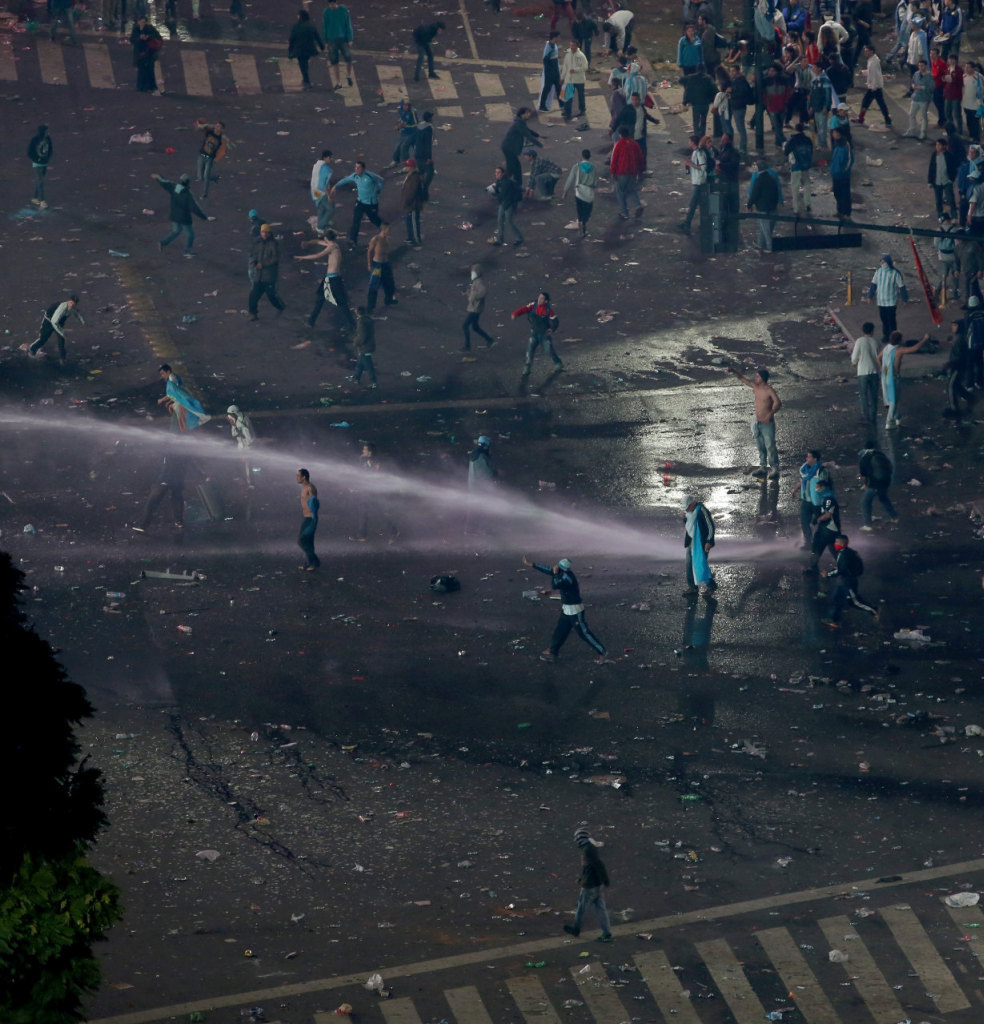