The Iraqi National Museum inaugurated two renovated halls adorned with life-size stone statues on Thursday, highlighting the rich history of a country once again shattered by war. The newly renovated halls feature more than 500 artifacts that mainly date back to the Hellenistic period (312-139 B.C.), some of which were retrieved and renovated after the looting of the museum following the 2003 U.S.-led invasion. The museum remains closed to the general public out of security fears, but the inauguration event was packed with visitors eager to glimpse relics from happier times. Iraq is grappling with a reinvigorated Sunni insurgency that has seized large swathes of the country’s north and west since June. The Islamic militants leading the insurgency have destroyed a number of historical and religious monuments they view as un-Islamic or idolatrous. Tourism Minister Liwa Smaysin warned that hundreds of Iraq’s archaeological sites located in militant-held areas are under threat of being demolished, including a number of old mosques and shrines, saying Iraq was working with U.N. officials to try to protect them. 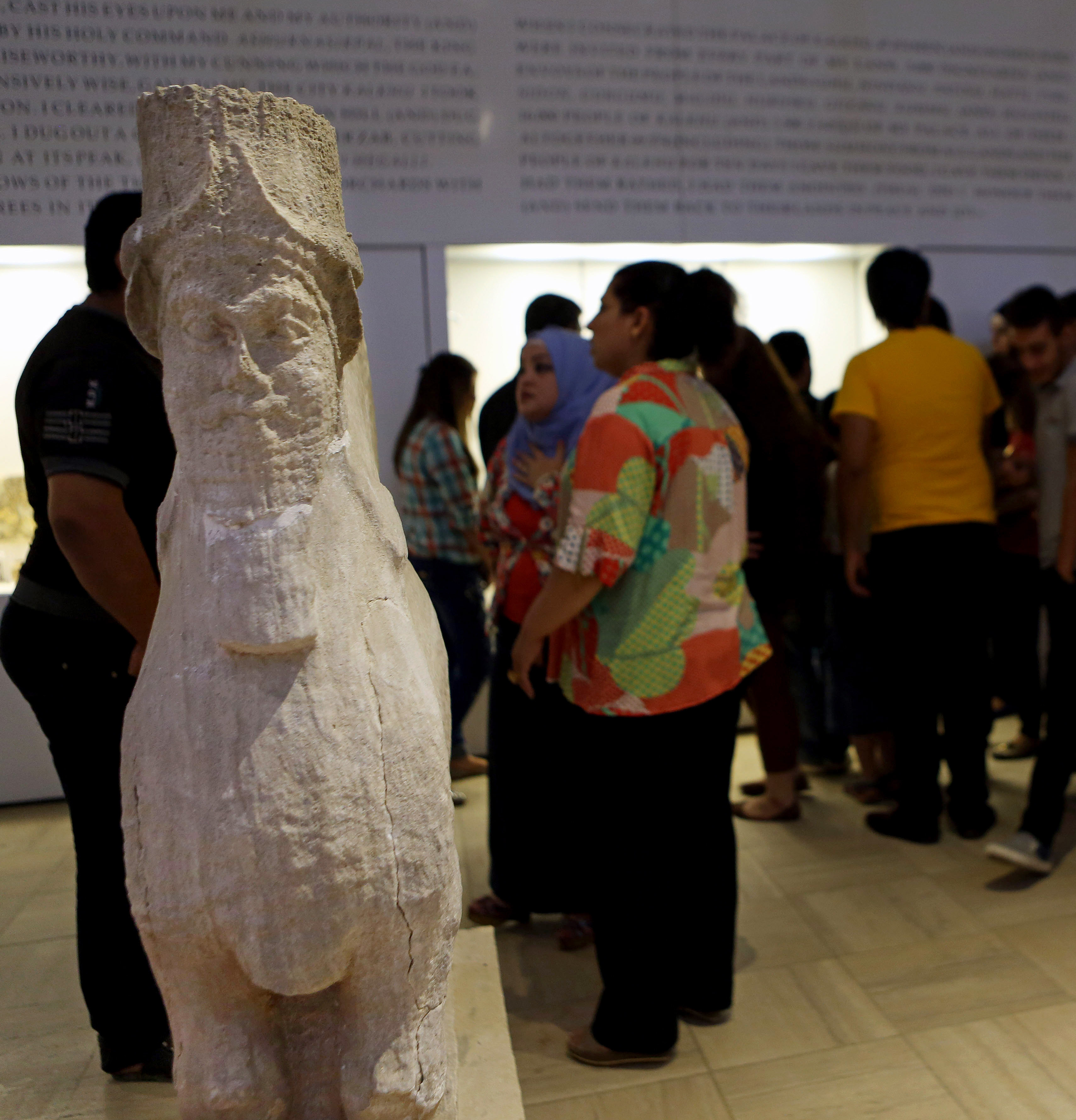