Two American missionaries who were struck with Ebola while working in Liberia and treated with an experimental drug are doing better and have left the hospital, doctors said Thursday. Dr Kent Brantly, 33, and Nancy Writebol, 60, both Christian aid workers, were infected with Ebola in Monrovia last month as the largest outbreak in history swept West Africa. They were airlifted to Emory University Hospital in Atlanta, Georgia, for treatment in special isolation units three weeks ago. Both also received a drug called ZMapp, though experts say it is impossible to know if that aided in their recoveries. Doctors said the aid workers’ return to their families and communities did not present a health risk.

This is a fairly devastating disease, but we would anticipate that in general most patients, if they have not had any substantial organ damage, will make a complete recovery.

Brantly, who smiled and held hands with his wife before reading a prepared statement for reporters, looked thin but otherwise healthy. Writebol was released on Aug. 19, and did not appear at the press conference. Her release was not announced earlier this week because she had requested privacy and did not want details of her medical condition to be made public, doctors said. “Nancy is free of the virus, but the lingering effects of the battle have left her in a significantly weakened condition,” her husband, David, said in a statement issued by SIM USA, the Christian aid group for which Writebol worked.

I am thrilled to be alive, to be well and to be reunited with my family. 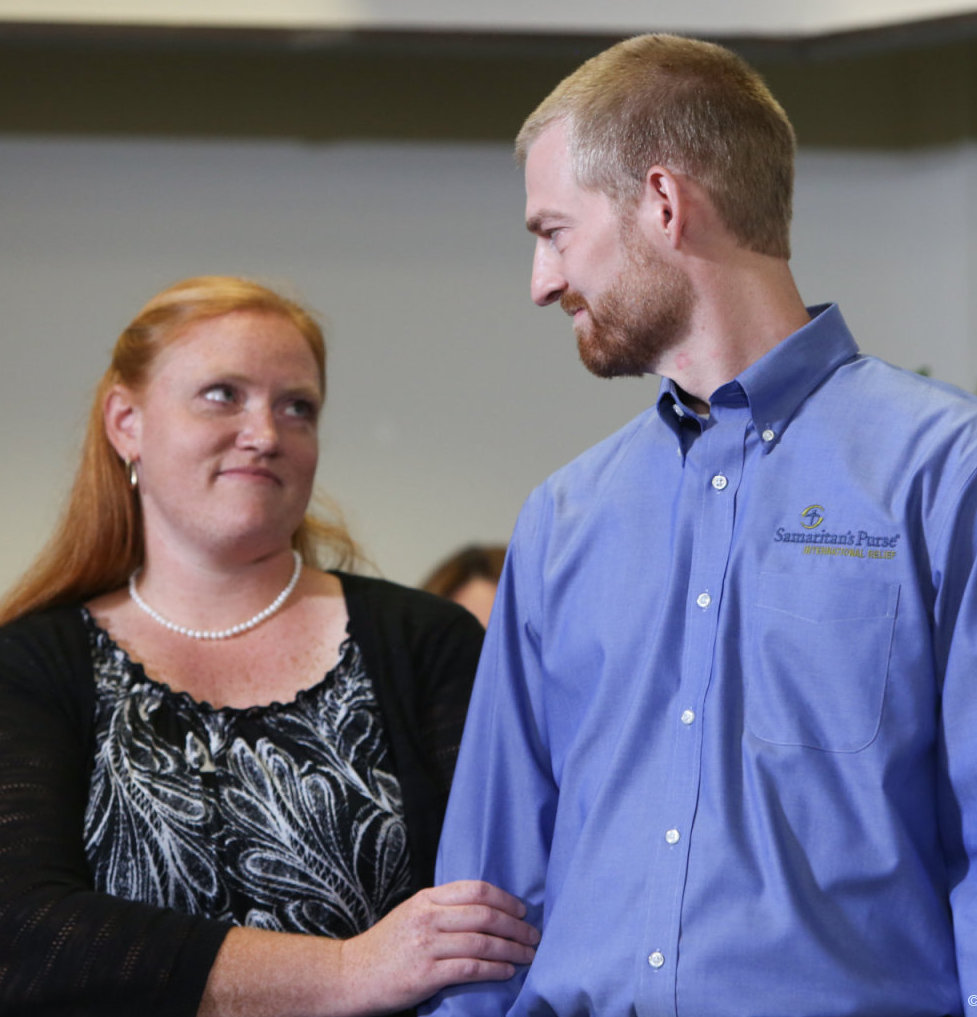