Health Ministry officials in Gaza say at least 188 Palestinians, most of them civilians, have been killed in the fighting, the worst Israel-Palestinian flare-up in two years, and 259 houses have been reduced to rubble by Israeli attacks. Down the road from Sderot, a row of Israeli tanks stand idle by a watermelon patch. The buzz of drones flying overhead is interrupted by the blast of rockets fired from the Palestinian enclave across the border. Surrounded by camera crews who rush to catch the action, three Israeli men watch for the distant explosions of Israeli air strikes, occasionally offering their commentary on the fighting.

Israel’s Iron Dome missile interception system has shot down most rockets aimed at populated areas minimising casualties. But not all projectiles are shot down. Israel suffered its first fatality when a mortar killed a civilian not far from the Gaza border. More than half a dozen other Israelis have also been wounded in rocket attacks. The Israeli military says Gaza militants have fired more than 1,150 rockets into Israel in the past week. 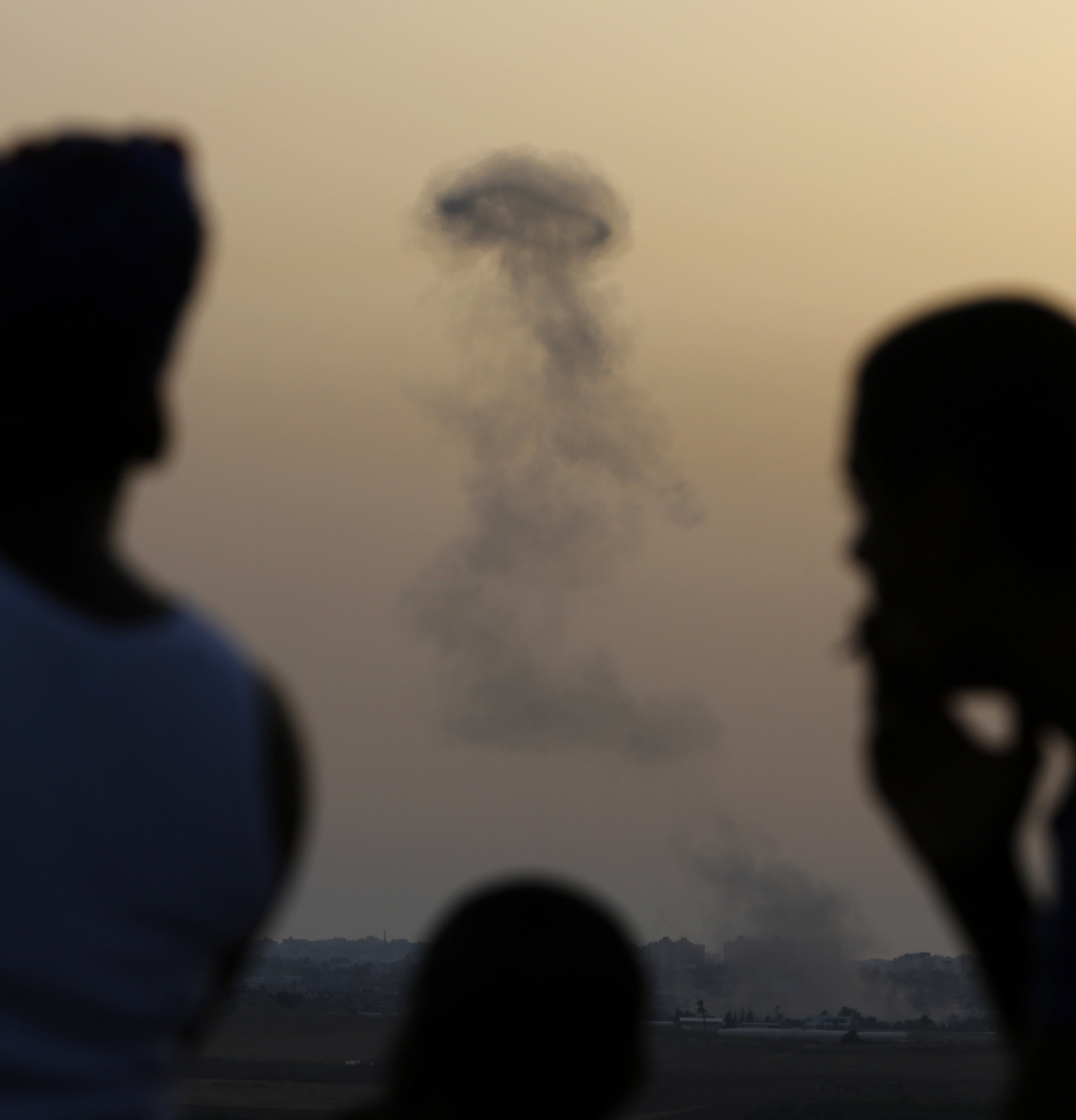