With surge, Yemen rebels appear to be more than mere ‘Iranian proxies’

Yemeni rebels seized President Abedrabbo Mansour Hadi’s palace in his former southern stronghold Aden Thursday, dealing a symbolic blow to the self-exiled leader despite a week of Saudi-led air strikes. The advance by Iran-backed rebels deep into Aden, the last bastion of Hadi supporters in southern Yemen, appeared to further douse prospects of his returning any time soon from neighbouring Saudi Arabia.

People are afraid and terrified by the bombardment. No one is on the streets - it’s like a curfew.

The Houthi rebel movement is not remotely Iranian cat’s paws – no more-so than President Hadi, currently residing in Riyadh, is a Saudi one, argues Dan Murphy in the Christian Science Monitor. The Yemeni civil war is driven mostly by domestic competition for power and resources in a country that has one of the most heavily-armed citizenries in the world and whose entire post-colonial history has been marked by conflict. The civil war that broke out in 1962 – in which both Egypt and Saudi Arabia were major players – ended in 1967 with the country divided in two. Reunification only came in 1990, and disputes over power and wealth-sharing and the nature of government itself were never really settled. 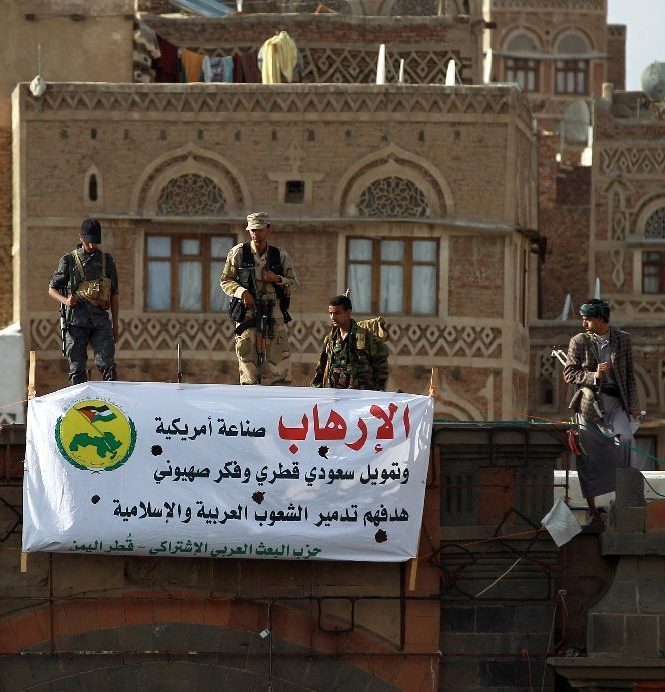