South Sudan’s food crisis is now the worst in the world, the UN Security Council said Friday as it called for urgent funding to step up deliveries of desperately needed aid. Some 3.9 million people – a staggering one in three people throughout the country – are going hungry as the fighting in South Sudan continues, according to UN officials. Nearly a million children under 5 face acute malnutrition, the World Food Programme (WFP) and UN children’s agency UNICEF said in a joint statement released late Friday, after their top directors visited the impoverished nation.

The world should not wait for a famine to be announced while children here are dying each and every day.

The UN called on countries that pledged US$618 million in aid for South Sudan at a conference in May to make good on their promises and to increase their commitment. Fighting erupted in South Sudan in December, sparked by a power struggle between President Salva Kiir and his deputy Riek Machar. Thousands have been killed and over 1.5 million people have fled more than seven months of fighting between government troops, mutinous soldiers and ragtag militia forces divided by tribe. 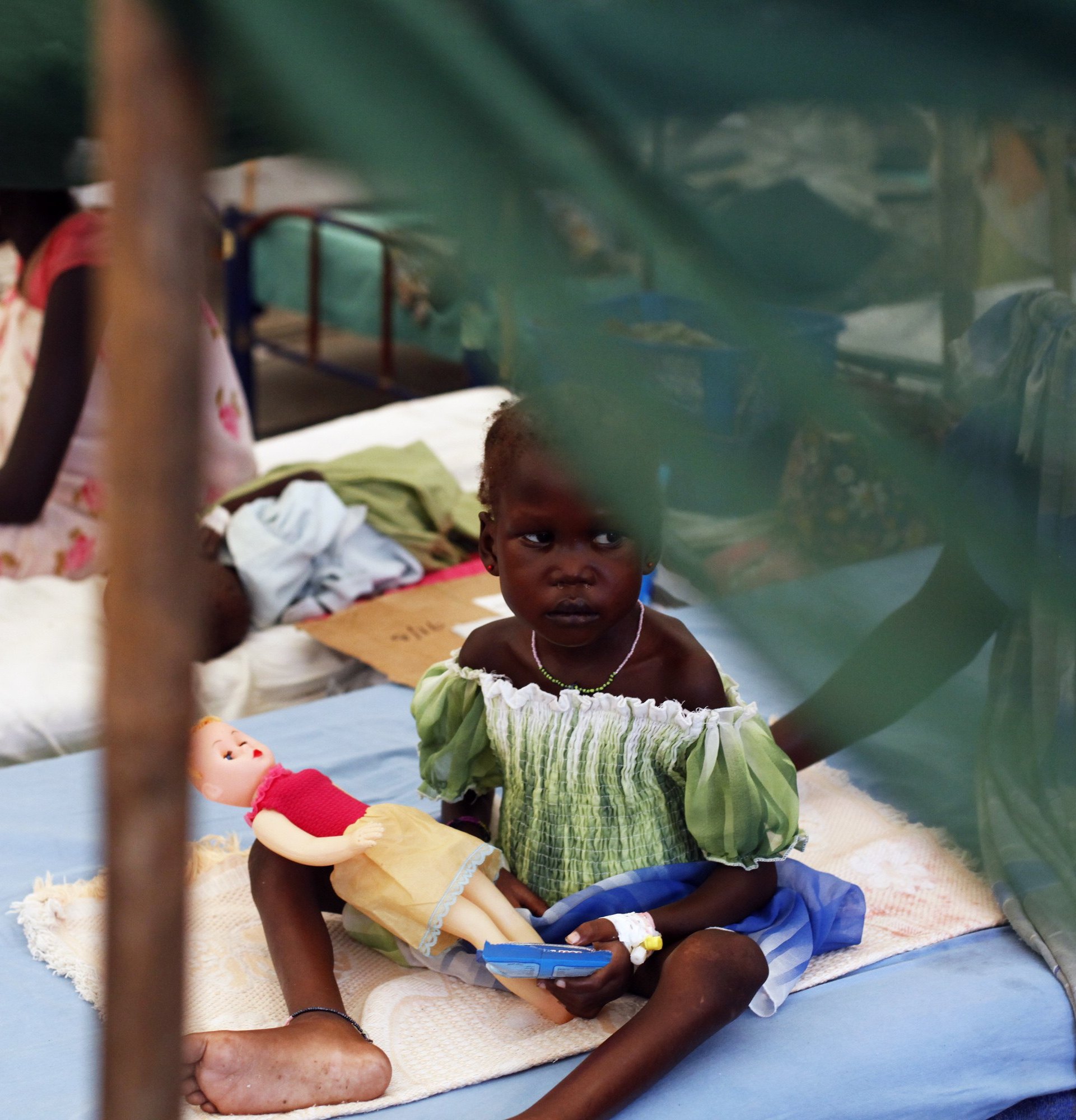