A dramatic goal deep into stoppage time gave Switzerland a 2-1 victory over Ecuador in their World Cup Group E opener on Sunday. Enner Valencia had given Ecuador the lead in the 22nd minute at Estadio Nacional in Brasilia after abject Swiss defending and Switzerland’s equalizer in the 48th was in the same vein. The Swiss stole the match with just seconds left in the third and final minute of stoppage time when substitute Haris Seferovic finished off a length-of-the-field move by slamming home a close-range shot.

It was a dream to be able to win this match in the very last minute like this. It was emotional — it will be important for the morale of the team.

Meanwhile, France and Argentina also got off to winning starts. The French beat Honduras 3-0 in a match where goal-line technology was used to confirm Les Blues’ second goal. Real Madrid hotshot Karim Benzema scored a brace and Honduras saw midfielder Wilson Palacios sent off just before half-time. An own goal and a Lionel Messi strike was enough to give Argentina an edgy 2-1 win over World Cup debutants Bosnia-Herzegovinia in Group F. Despite taking the lead inside the first three minutes, the South Americans had to wait until the 65th minute for Messi to double the tally. Argentina got a late scare when Vedad Ibisevic pulled one back for Bosnia, but the Albicelestes held on for a hard-fought victory. 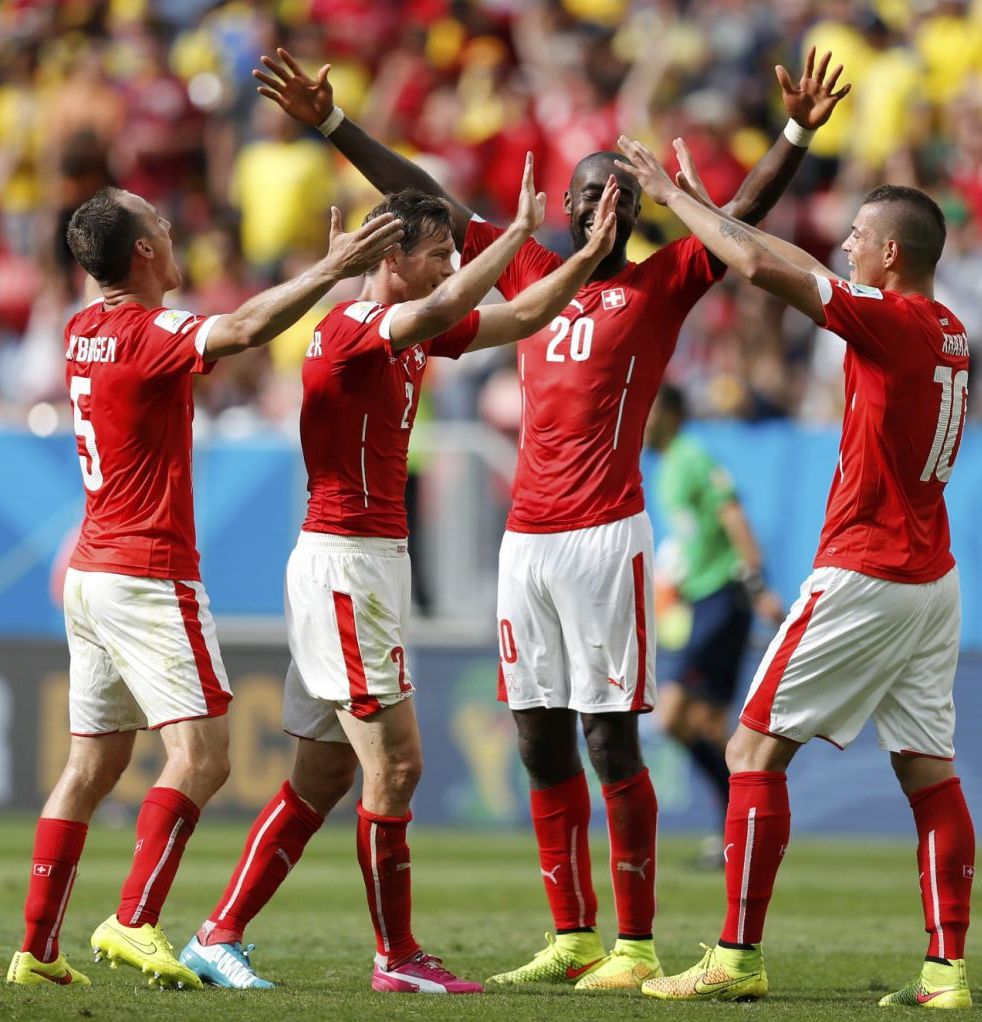