The New York man whose story of finding Adolf Hitler’s top hat at the end of World War II was told in a 2003 documentary film has died. Richard Marowitz had witnessed the horrors of Dachau concentration camp the day before he found a top hat, with the initials A.H., on a shelf in a closet in Adolf Hitler’s Munich apartment. Still furious over the gruesome sights he had seen at the camp, the 19-year-old self-described “skinny Jewish kid” from New York threw the black silk hat on the floor, jumped off the chair he had used to reach the item and stomped Hitler’s formal headwear until it was flat.

I swear to this day I could see his face in it.

Marowitz kept the hat and brought it home. Decades later, he started bringing it along when he gave talks about the war and the Holocaust at Albany, New York-area schools. Despite the horrors of combat and genocide he witnessed, the showman-turned-clothing manufacturer always sprinkled some humour into his stories, his son said. Marowitz’s story was told in a 2003 documentary film, “Hitler’s Hat”. At the veteran’s request, the family will donate the hat to a museum, his son said. 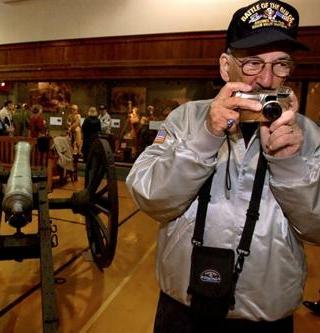