Iraqi Kurdish fighters flashed victory signs as they swept across the northern side of Sinjar mountain on Saturday, two days after breaking through to free hundreds of Yazidis trapped there for months by Islamic State fighters. A Reuters correspondent, who arrived on the mountain Saturday, witnessed Kurdish and Yazidi fighters celebrating their gains after launching their offensive on Wednesday with heavy U.S. air support. The Iraqi Kurdish flag fluttered, with its yellow sun, and celebratory gunfire rang out. Little children cheered “Barzani’s party”, in reference to the Kurdish region’s president, Massoud Barzani.

We have been surrounded the last three months. We were living off of raw wheat and barley.

It was the plight of those trapped on the mountain, together with Islamic State’s advance towards the Kurdish capital Arbil, that prompted U.S. President Barack Obama to order air strikes against IS in Iraq in August. Thousands of members of the Yazidi religious minority were killed or captured by the militants. Since then, Kurdish peshmerga forces in northern Iraq have regained most of the ground they had lost. But the war grinds on, as a weakened Iraqi army and Shi’ite militia volunteers battle back and forth with Islamic State across central and western Iraq. The United States is also carrying out air strikes on IS in Syria.

Now there is fighting in Sinjar. Islamic State’s morale has collapsed completely. 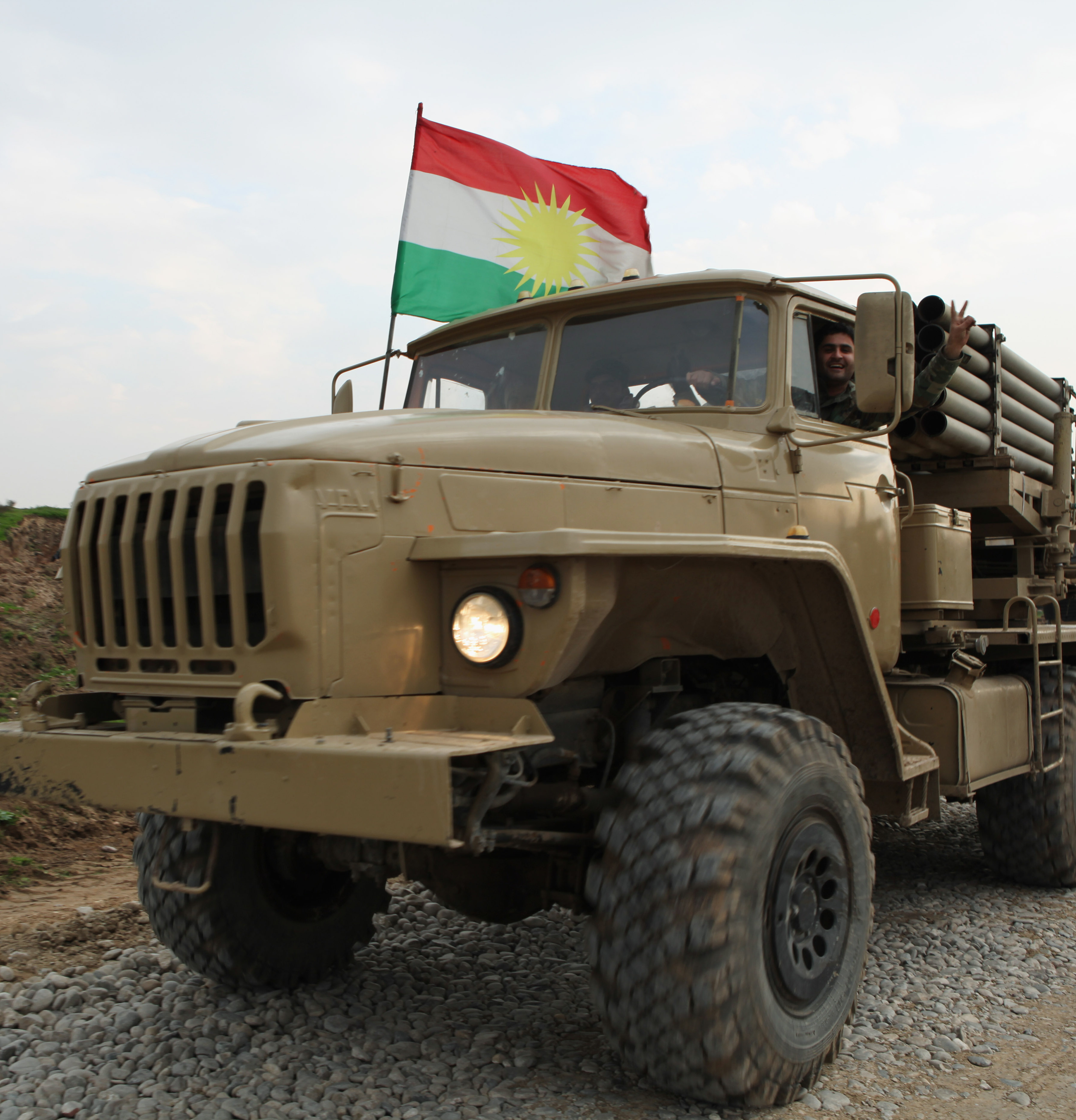