A gunman who announced online that he was planning to shoot two “pigs” in retaliation for the police chokehold death of Eric Garner ambushed two officers in a patrol car and shot them to death in broad daylight Saturday before running to a subway station and killing himself, authorities said. The suspect, 28-year-old Ismaaiyl Brinsley, posted the chilling message on an Instagram account, using the hashtags hashtags Shootthepolice RIPErivGardner (sic) RIPMikeBrown. Police said he approached the passenger window of a marked police car and opened fire, striking Officers Rafael Ramos and Wenjian Liu in the head. The officers were on special patrol doing crime reduction work in the Bedford-Stuyvesant section of Brooklyn. Brinsley took off running as officers pursued him down to a nearby subway station, where he shot himself in the head. A silver handgun was recovered at the scene.

I’m putting wings on pigs today. They take 1 of ours, let’s take 2 of theirs.

Meanwhile, U.S. President Barack Obama said he unconditionally condemned the fatal shootings and added that police officers “deserve our respect and gratitude every single day.” Scores of officers in uniform lined up three rows deep outside the hospital to honour the fallen police officers. The mayor ordered flags at half-staff. In a statement Saturday night, Attorney General Eric Holder condemned the shooting deaths as senseless and “an unspeakable act of barbarism.”

They were, quite simply, assassinated - targeted for their uniform. 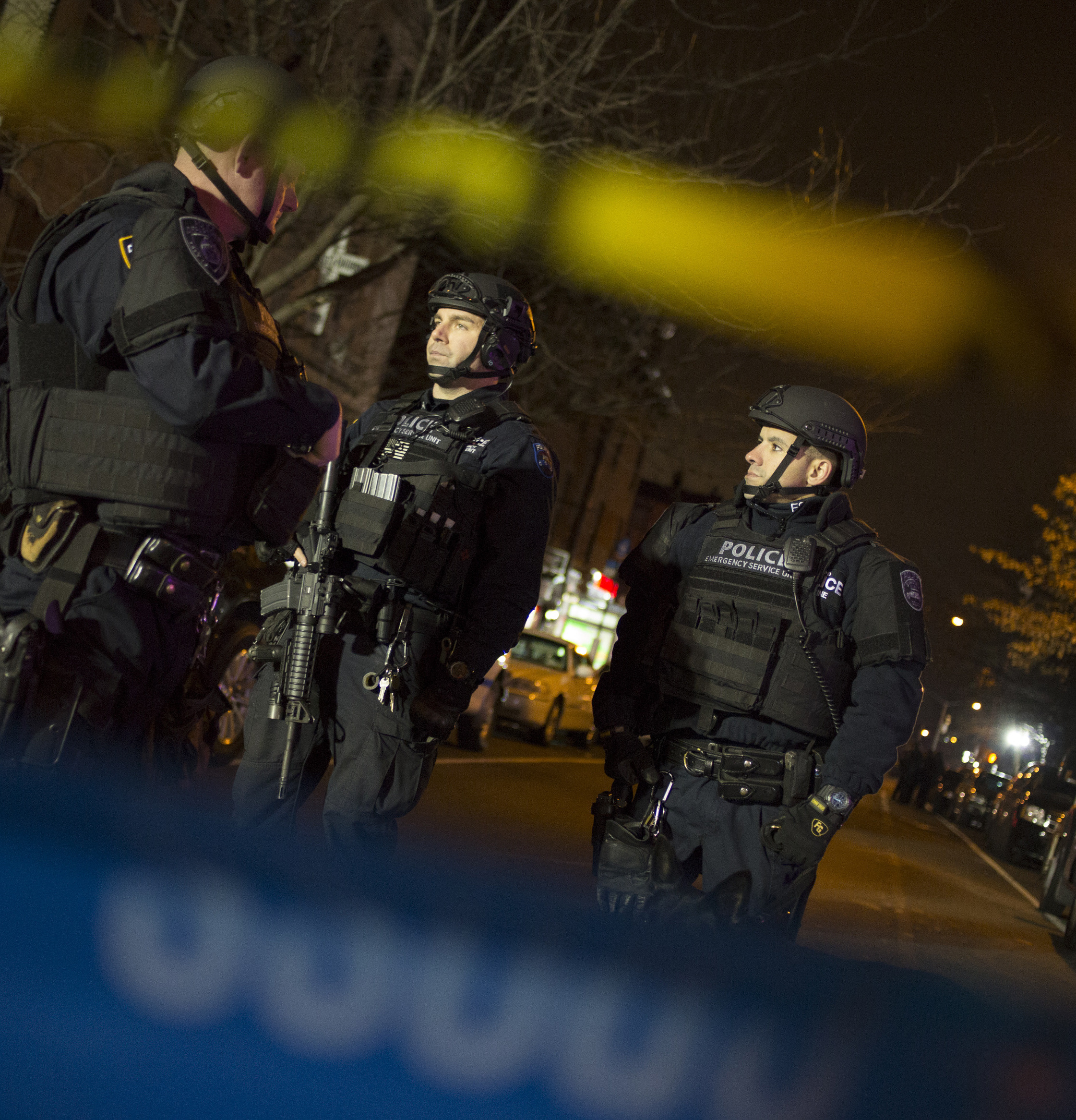