China on Thursday sketched out plans for the islands it is creating in the disputed South China Sea, saying they would be used for military defense as well as to provide civilian services that would benefit other countries. Chinese Foreign Ministry spokeswoman Hua Chunying told a news briefing that the reclamation and building work in the Spratly archipelago of the South China Sea was needed partly because of the risk of typhoons in an area with a lot of shipping that is far from land. The islands and reefs would also meet the demands for China’s military defense, Hua said without elaborating.

We are building shelters, aids for navigation, search and rescue as well as marine meteorological forecasting services, fishery services and other administrative services [for China and neighbouring countries].

It is rare for China to give such detail about its plans for the artificial islands. The rapid reclamation taking place on seven reefs has alarmed other claimants and drawn U.S. criticism, including from Defense Secretary Ash Carter, who is visiting Japan and South Korea this week. Hua’s comments came hours after a Washington-based think tank published new satellite images that show China is quickly reclaiming land around Mischief Reef in the Spratlys within an area the Philippines regards as its exclusive economic zone. The work on Mischief Reef is China’s most recent reclamation. 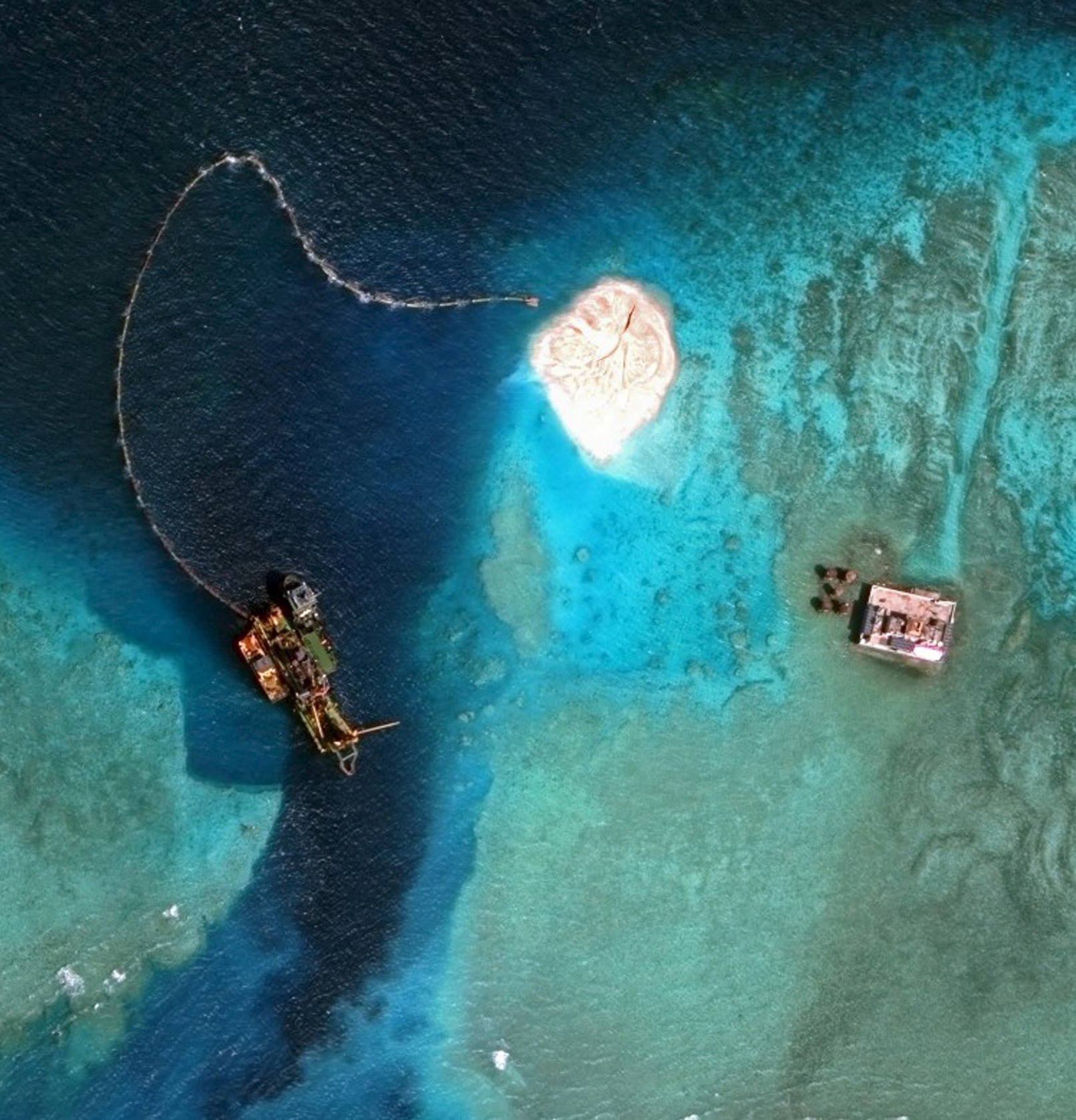