Hundreds of South African students cheered loudly Thursday as a crane lifted the decades-old statue of a British colonialist — celebrating the end of what they described as a symbol of white privilege. The University of Cape Town removed the statue of Cecil John Rhodes after weeks of student demonstrations that began when one student flung excrement at the bronze sculpture last month. The protesters, known as the Rhodes Must Fall Movement, said the statue’s perch overlooking the university campus was a reminder of how little the university had changed since the end of apartheid, with the majority of faculty made up of white academics.

The statue has great symbolic power; it glorifies a mass-murderer who exploited black labor and stole land from indigenous people.

Rhodes, who lived from 1853 to 1902, made a fortune from mining and appropriating land in southern Africa. The businessman and politician was also a philanthropist and his legacy today is associated with education trusts, such as the prestigious Mandela Rhodes scholarship. The university debate sparked a wave of protests in which apartheid-era statues have been vandalized. Members of an opposition party, the Economic Freedom Fighters, have claimed responsibility for some of the damage. The ruling African National Congress said vandals should be prosecuted. 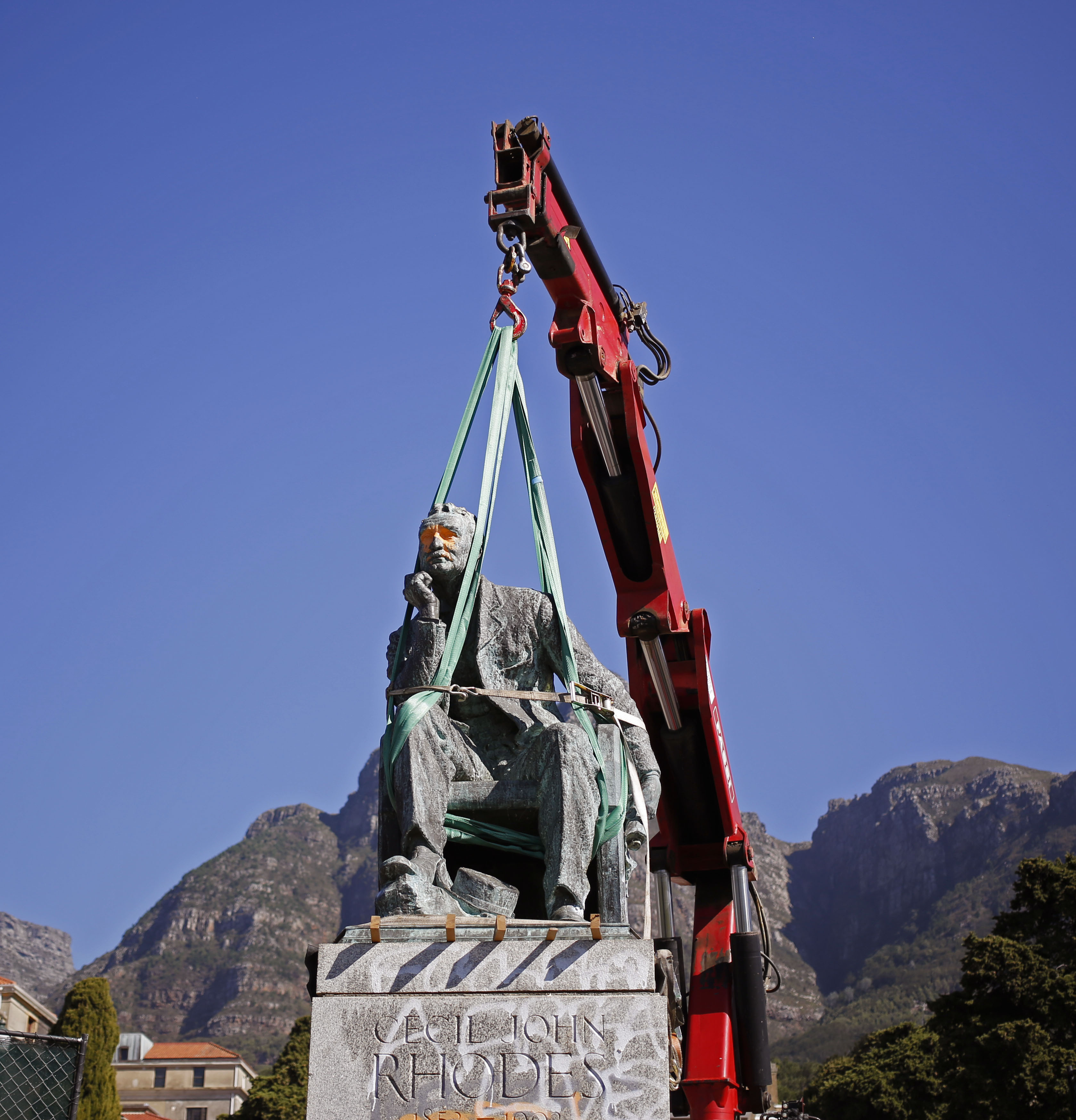