Discontented Socialists, frustrated conservatives and an eclectic array of others - from gays to political renegades - could be among those casting ballots for France’s far-right National Front in local voting this weekend, elections that promise to solidify leader Marine Le Pen’s position as one of the country’s leading political figures. Le Pen has been the single most visible presence in weeks of campaigning on city streets and in rural villages with a relentless message to voters fed up with traditional parties: We care about you, they don’t. Sunday’s election for more than 2,000 local councils is an important step in building a grassroots base critical to her ultimate goal: the 2017 presidency.

There is no minor election, no minor vote.

Le Pen has moderated her message since taking over leadership of the party in 2011 from her firebrand father Jean-Marie Le Pen. She has worked to scrub away the anti-Semitic stigma of the National Front - while relentlessly attacking immigration and Muslims who cling to their traditions, from eating halal meat to wearing the Islamic veil. The spotlight beamed still more brightly on Le Pen this month when Prime Minister Manuel Valls voiced the unspoken fears of the mainstream political class, saying Le Pen could, indeed, win the presidency.

I fear for my country. I fear it will get smashed against the National Front. 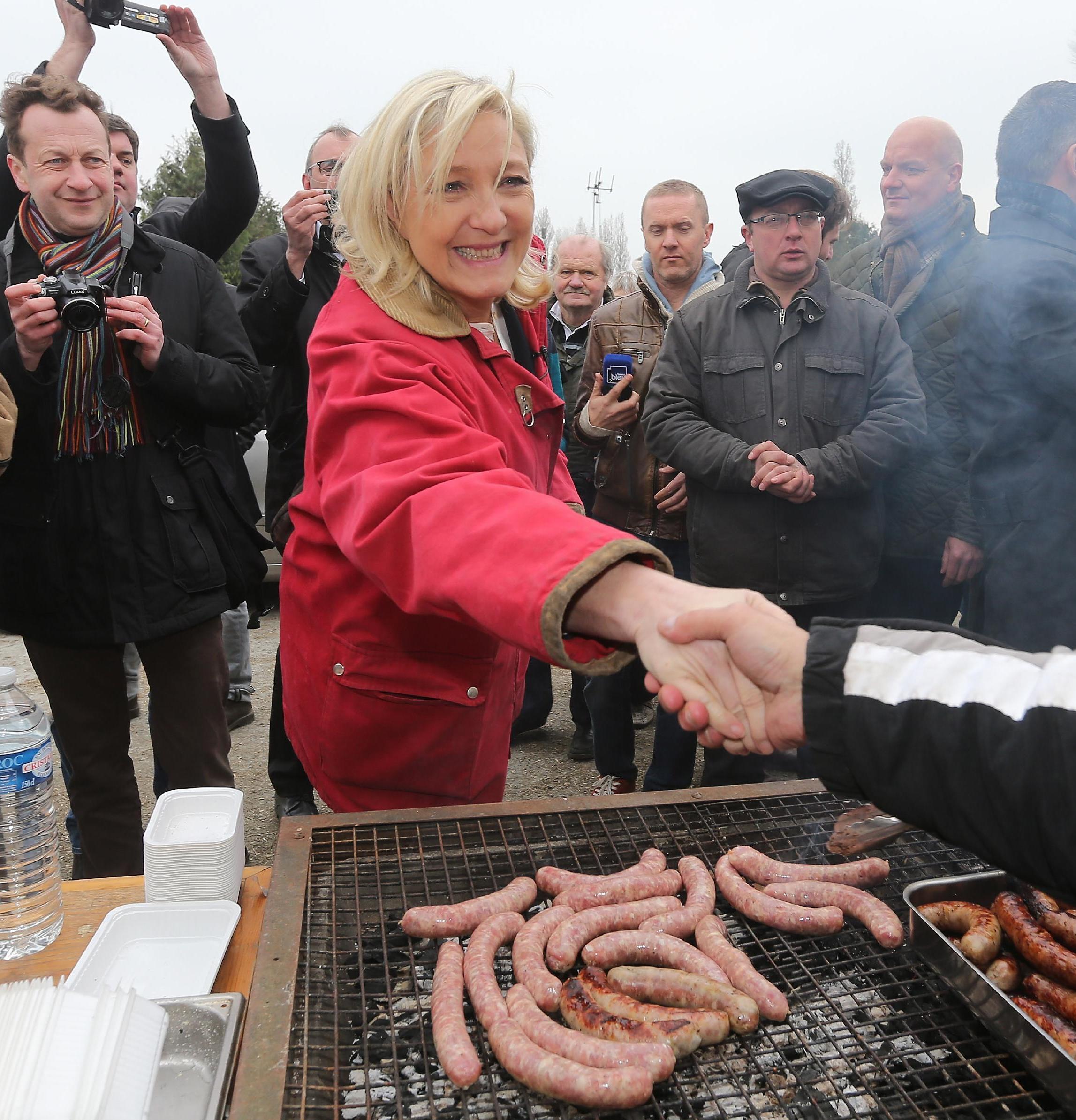