As new Egyptian president Abdel Fattah Al-Sisi was sworn into office on Sunday, his most powerful Arab ally was deploying both threats and promises to ensure the Arab Spring cannot upset a new anti-Islamist front in the Middle East. King Abdullah of Saudi Arabia urged Egyptians this week to embrace Sisi, the military man who drove Islamists from power in Cairo a year ago, and said they should to disown the “strange chaos” of the Arab uprisings. It was Riyadh’s starkest message of support yet for Sisi, who won an election last month thanks to support from Egyptians hoping that a strong, military-backed government will bring an end to three years of political instability in the most populous Arab country.

I warn you all against the ugliness of evil, for it has a very dark face and only works for its personal interests.

Less than 15 minutes after Sisi was officially declared Egypt’s president on Tuesday, Saudi King Abdullah issued his ringing statement of support. He also called for a donor conference to help the new president fend off economic collapse. Sisi took the oath of office before the Supreme Constitutional Court at the tribunal’s Nile-side headquarters in a suburb south of Cairo, the same venue where Morsi, now on trial for charges that carry the death penalty, was sworn in two years ago. Sunday was declared a national holiday and tight security was enforced by the police and military throughout Cairo.

Our co-operation in work and construction will lead to prosperity and luxury. 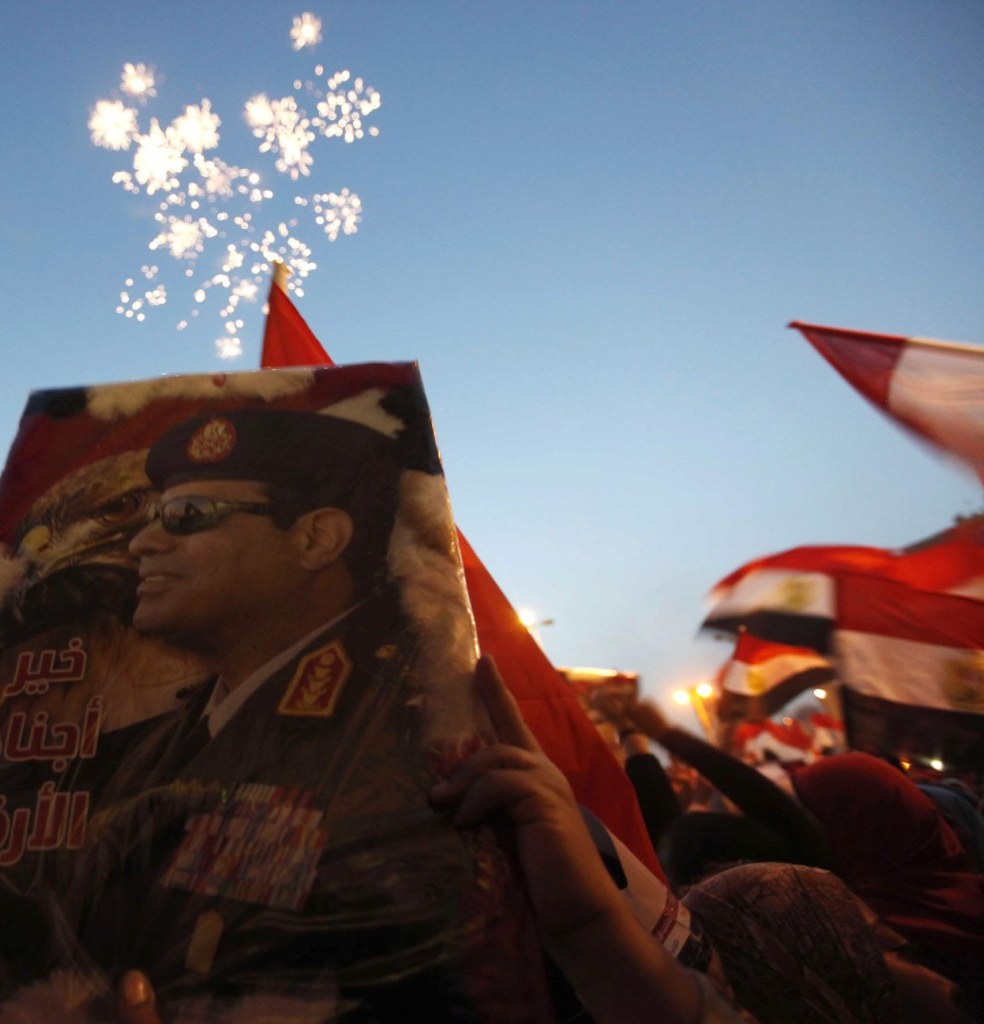