1 in 5 of Gaza dead are children: United Nations

Sobbing and shaking, Ismail Abu Musallam leaned against the wall of a hospital Friday, waiting for three of his children to be prepared for burial. They were killed as they slept when an Israeli tank shell hit their home, burying 11-year-old Ahmed, 14-year-old Walaa and 16-year-old Mohammed under debris in their beds. His personal tragedy is not unique: the U.N. says minors make up one-fifth of the 307 Palestinians killed in 11 days of intense Israeli bombardment of the densely populated Gaza Strip, where half the 1.7 million people are under age 18. The Israeli military says it’s doing its utmost to spare civilians by urging residents to leave areas that are about to be shelled or bombed as Hamas targets. It accuses the Islamic militants of using civilians as human shields by firing rockets from civilian areas. But even if urged to evacuate, most Gazans have no safe place to go, rights activists say.

Israeli troops battled Hamas militants in Gaza on the second day of a ground operation Saturday, as the Palestinian death toll from the 12-day offensive topped 300, a Gaza health official said. Health Ministry spokesman Ashraf al-Kidra said overnight airstrikes killed 12 people, raising the death toll from the offensive to 310 Palestinians. An Israeli soldier was killed after the start of the ground operation, and an Israeli civilian was killed earlier this week. 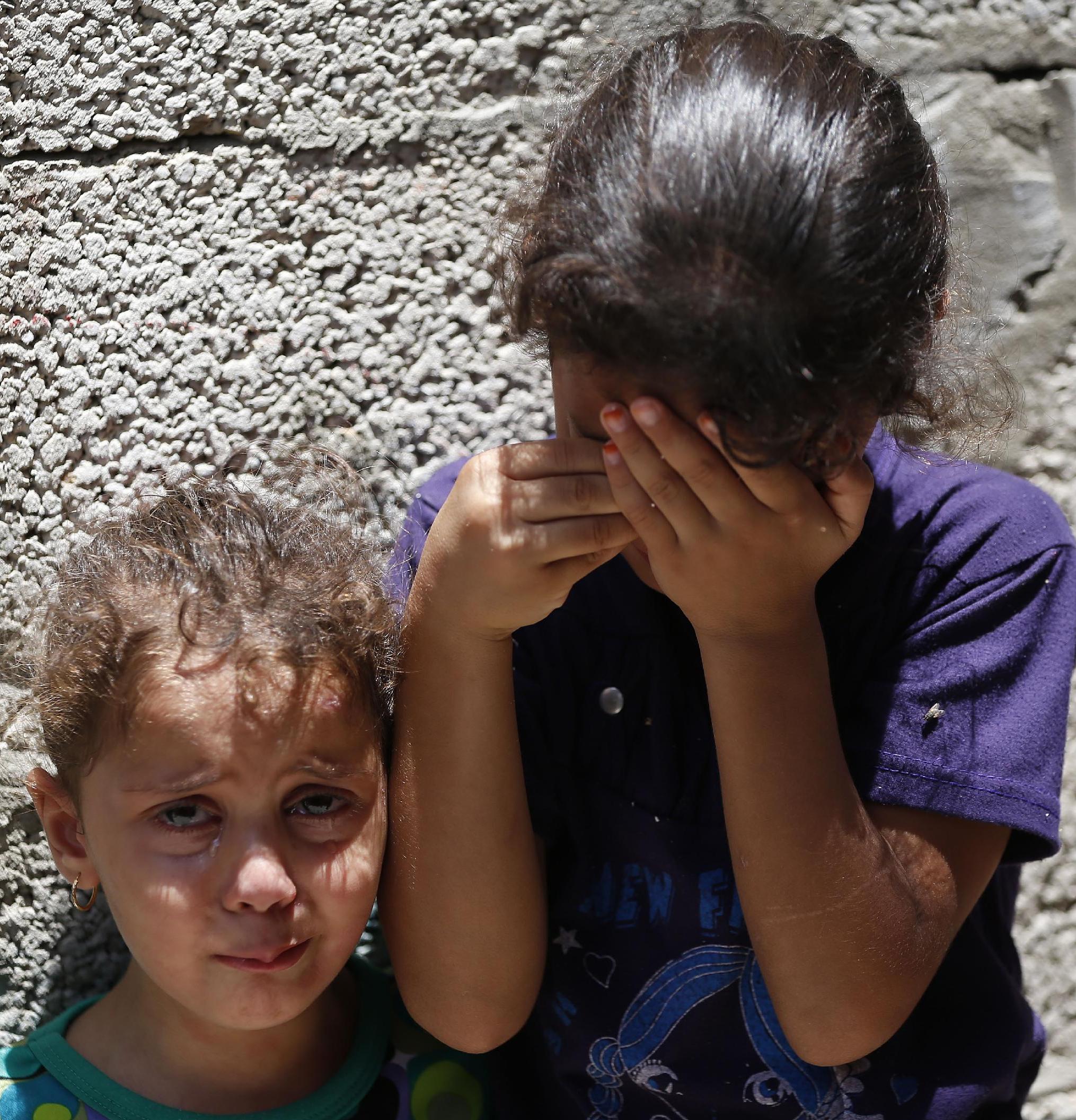