A 103-year-old American woman has proven you are never too old to graduate from high school. Marie Hunt from Spring Green, Wisconsin, recently earned her high school diploma 87 years after she was originally supposed to graduate. Ms Hunt received an honorary degree from River Valley High School at a ceremony at her assisted living home last Friday. Ms Hunt would have graduated with the class of 1928, but she had to drop out of school after the eighth grade, as she had no way to get to and from high school.

It’s something I always wanted, and I didn’t have the opportunity to go. And now, a hundred years later, here I am.

Marie Hunt, speaking to ABC’s WKOW on her graduation day

Instead of going to school, Ms Hunt spent her days taking care of her eight younger brothers and sisters. When she said that she always regretted not graduating, her hospice nurse contacted the local high school to see if they could help Ms Hunt reach the important milestone. Friends, family, and fellow residents at her assisted living centre gathered to watch Ms Hunt walk in her black cap and gown as the traditional graduation song ‘Pomp and Circumstance’ played. Ms Hunt has yet to indicate whether she will go on to pursue tertiary education, but says she thinks she would have been good “college material”. 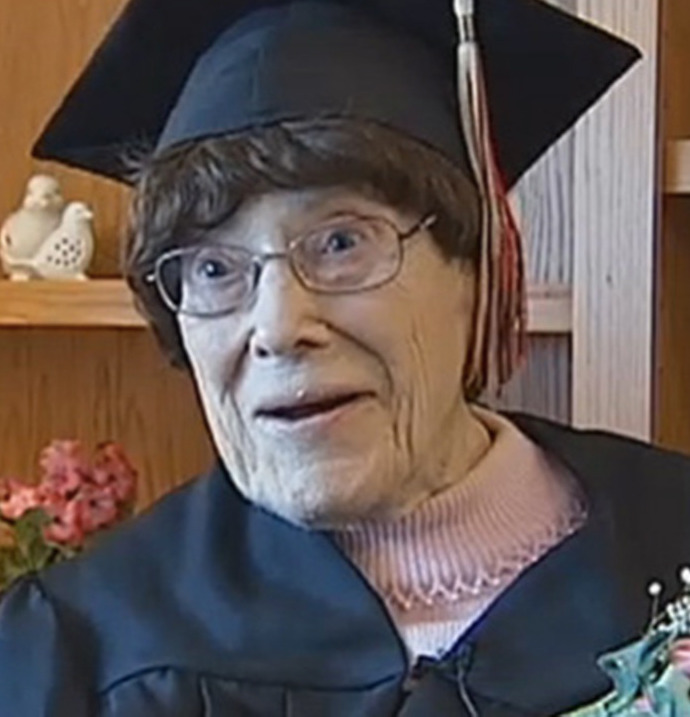