At least 19 people were hurt after a pickup truck sparked a gas explosion when it crashed into a cafe in a remote Australian town. The resulting blaze engulfed the Serves You Right Cafe in Ravenshoe, south of Cairns, in Queensland. An investigation has been launched into what led the driver to veer off the road and plough into the building, causing a gas bottle to blow up. Queensland Ambulance Service Assistant Commissioner Rod Sheather said the injured were being treated for a “varying degree of burns”.

We just heard a massive sonic boom and went running out and saw the cafe on fire and lots of burned people.

Two helicopters and a Royal Flying Doctor plane, which covers remote areas, attended the scene of the crash, which was described by witnesses as “absolute mayhem”. Three of the most seriously injured were airlifted to a hospital in Cairns, while others were treated locally. An eyewitness told the Cairns Post: “He (the driver) hit the gas bottle on the side. There were three huge bangs, it almost lifted the roof off. It felt like an earthquake, it felt serious." Another witness told the newspaper "the whole town felt it. One old lady had her clothes burnt off her.”

It’s pandemonium in the middle of Ravenshoe, quite a large number of people there wrapped in blankets. 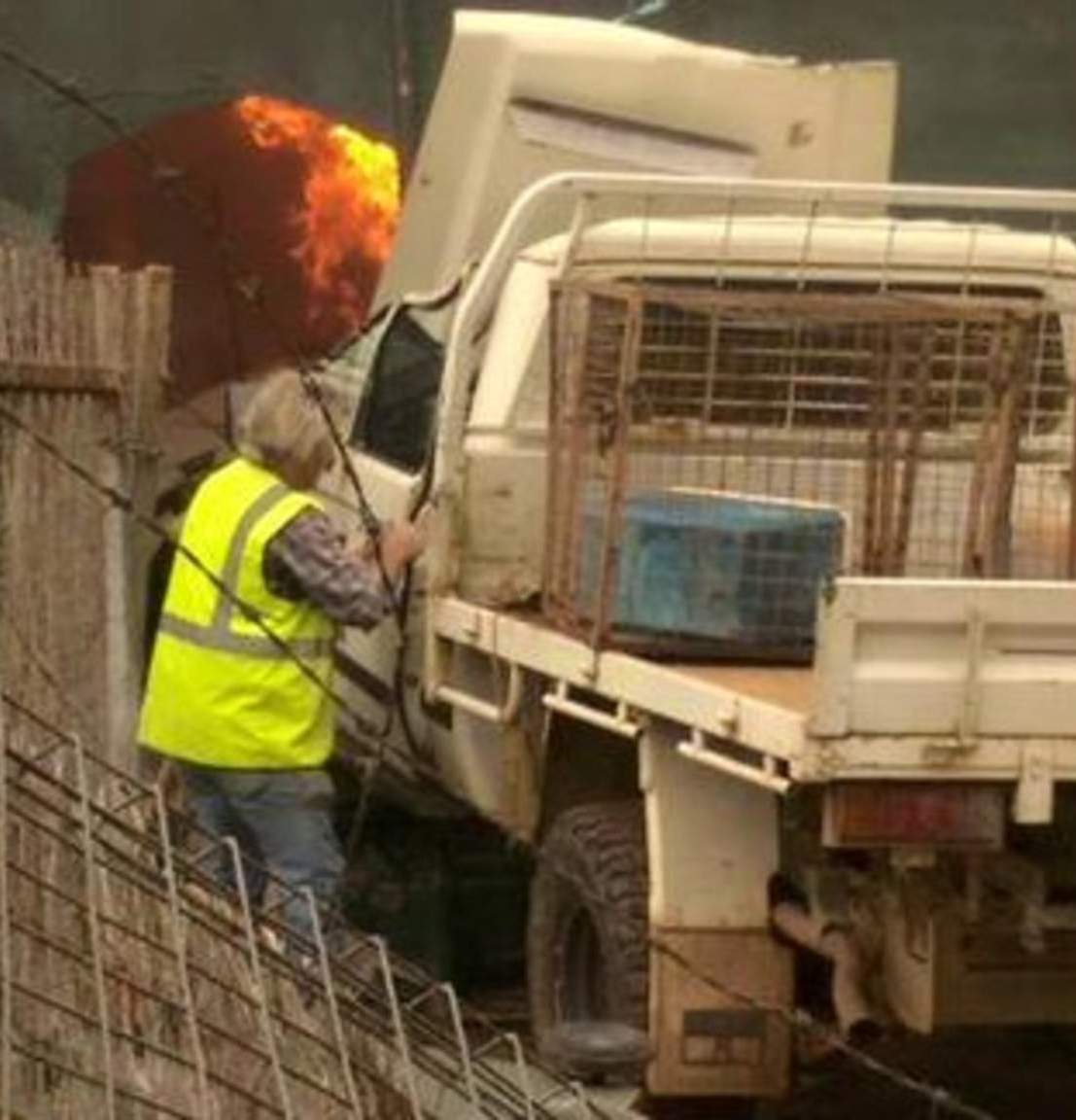