Several firefighters are feared to have died in a massive explosion at a fuel depot outside the Ukrainian capital, Kiev. The country’s interior minister Arsen Avakov described the blaze as “gigantic”, and that several fireman had been killed. But he later announced on Twitter that those initially presumed to have died had been pulled alive from the flames. Videos have emerged on the internet, showing the force of the blast and the rescue efforts at the site. In one video, a fireman can be heard to say: “Everyone - leave. Whoever is still here - leave." It is unclear at this stage what caused the fire. Kiev has been suffering from hot, dry weather heat spell for more than a week. 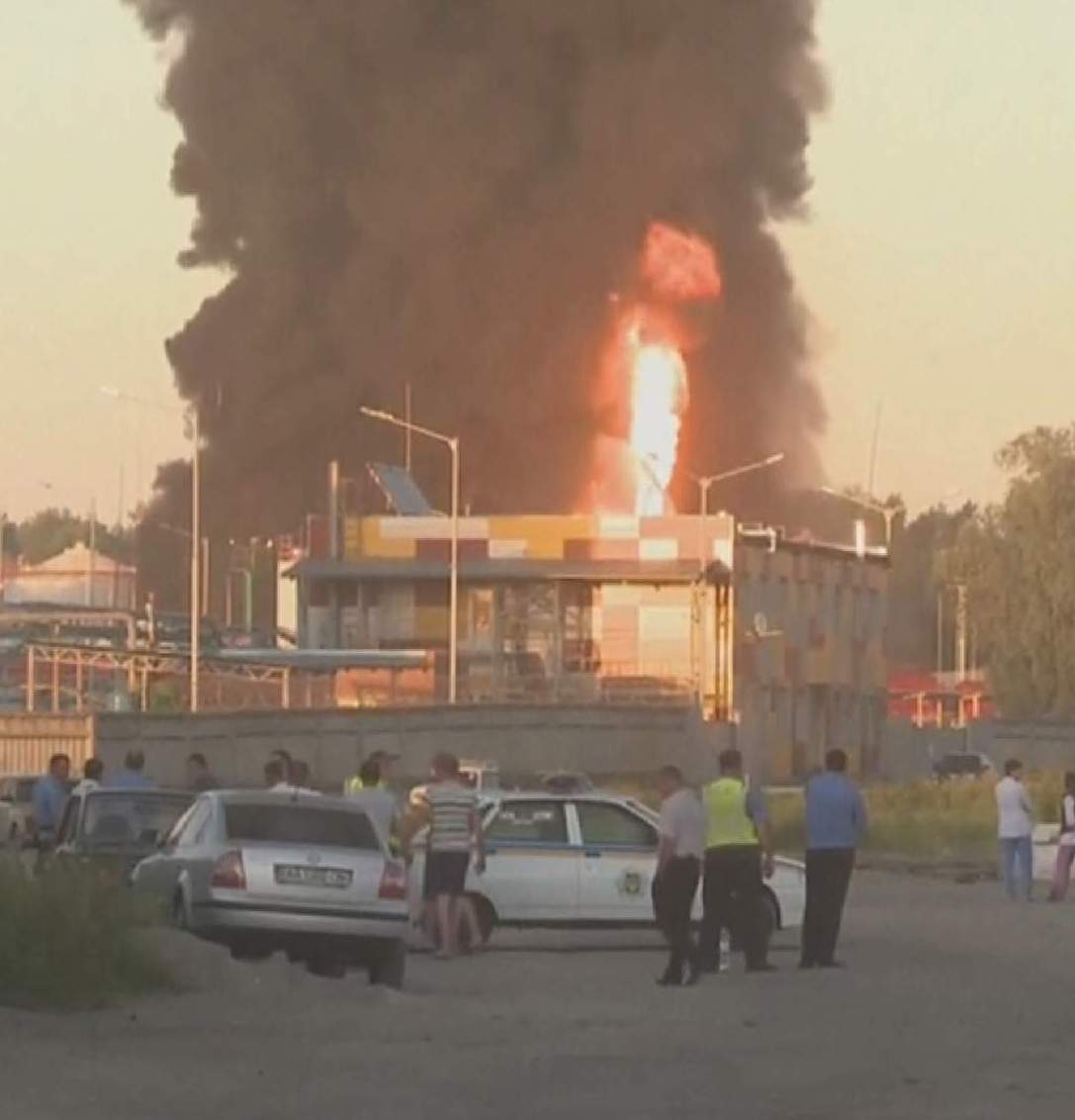