Islamists killed at least 22 soldiers Thursday after a surprise attack in which they used speedboats in a failed bid to seize some of Libya’s main oil terminals, officials said. The fighting in the oil-rich region came as pro-government forces lost ground to Islamist militias in the eastern city of Benghazi, where jihadists beheaded six people and killed 14 others, military officials said. The militiamen belonging to the Fajr Libya, or Libya Dawn, launched the attack on Al-Sidra port by firing rockets from speedboats, setting an oil tank on fire, security sources said.

These speedboats had fired several rockets at the terminals of Ras Lanuf and Al-Sidra and one of them hit a tank south of Al-Sidra port which then caught fire.

Witnesses said the attack was launched overnight, and reported seeing smoke from the burning oil tank. Military and medical sources said 18 soldiers and a Fajr Libya fighter were killed in Sirte, and another four soldiers were slain in Al-Sidra. Most of the dead soldiers belonged to the 136th battalion responsible for monitoring a power plant west of Sirte, the sources said. The fighting has reduced Libya’s crude output to 352,000 barrels a day, a spokesman for state National Oil Corp said. 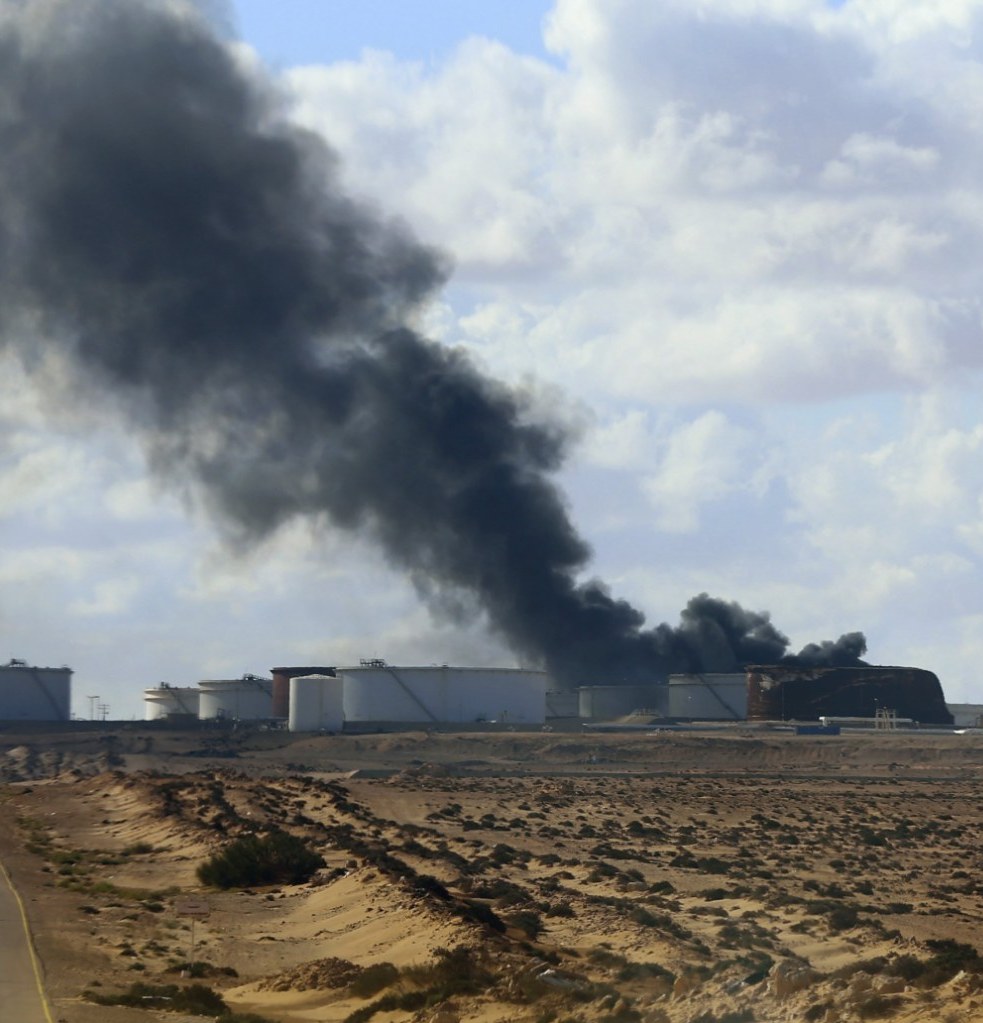